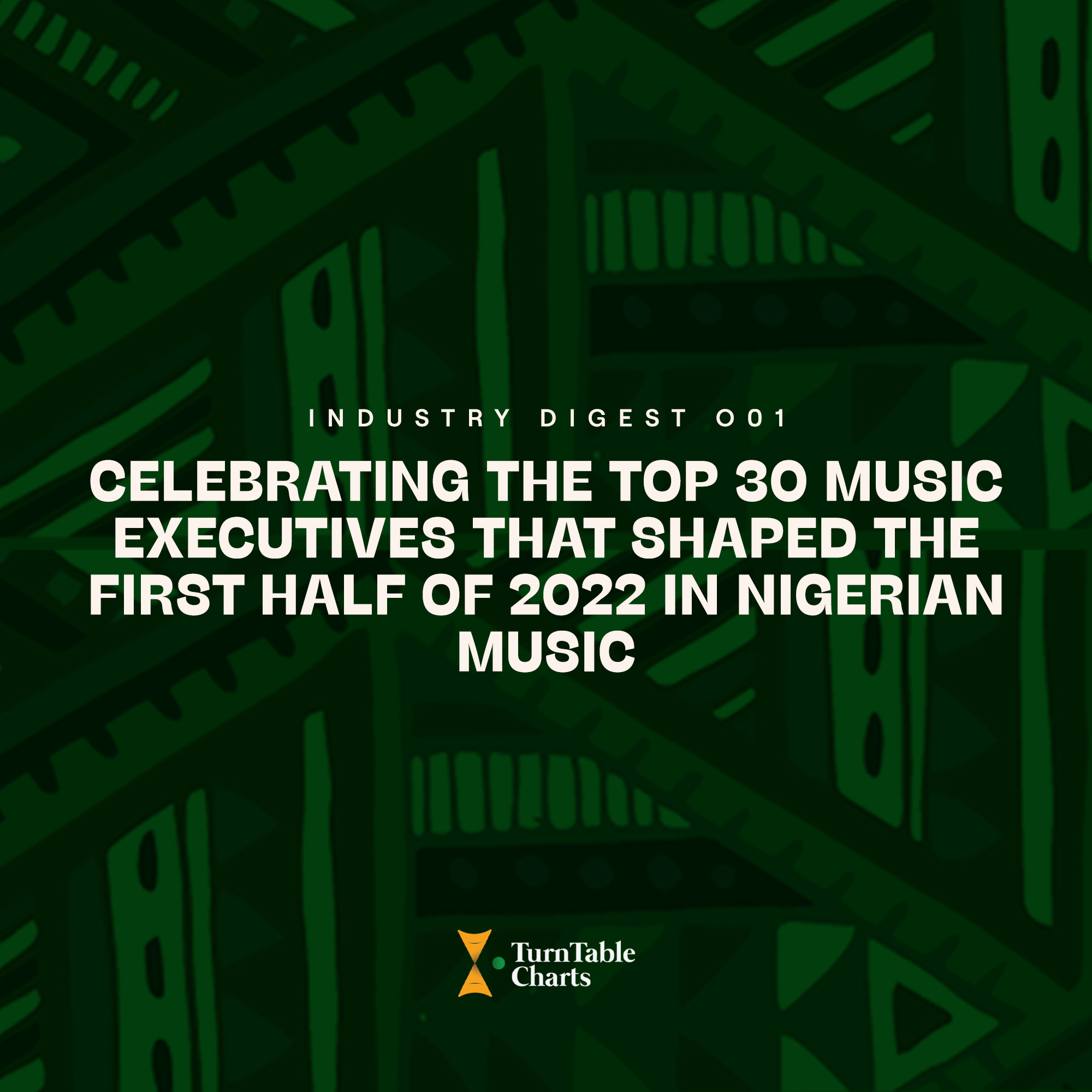 TurnTable’s Top 30 Music Executives of H1 2022 is a list of industry players who have shaped the Nigerian music scene, both domestically and internationally, in the first half of 2022. These individuals have not only contributed to the growth of Nigerian music, but they have also elevated their respective niches while distinguishing themselves as leaders of industry.

The industry has seen an influx of excited investors who are committing valuable and much needed resources into promoting Nigerian music and providing the needed infrastructure to reshape how the industry operates.

The media is playing an active role in positioning itself as channel for the mass distribution of Nigerian while also launching verticals that now cater to the new demands of the market. Notable individuals have used their wealth of experiences and carry out the very important task of re-telling the story of Afrobeats and providing much needed context to an industry where one is desperately needed.

This list covers various sectors of the music industry in Nigeria; digital media, artiste management, record label, music distribution, content creation and consumer education, and many more. It also acts as a snapshot of the more comprehensive End of the Year, TurnTable Power List 2022.

In the H1 Report published by TurnTable Charts, Skiibii’s “Baddest Boy (Remix)” with Davido and TI Blaze’s “Sometimes (Remix)” rank as the most-streamed songs in the country; both aided by having a remix with a marquee artiste and distributed by Dapper Music. It is no surprise that CEO of Dapper Music, Damilola Akinwunmi appears on this list.

Other appearances include that of the No. 1 Executive of Q1 2022, none other than Eze Ezegozie, VP, Market Development of EMPIRE Africa – the leading music company in Nigeria so far in the year, who is also joined by Titi Adesanya of EMPIRE Africa

The No. 1 Executive of Q2 2022 is Osita “Duke” Ugeh, CEO of Duke Concept, the entertainment company that is responsible for the majority of event production, promotion and touring Afrobeats artistes across the world, including the iconic Burna Boy One Night in Space at the Madison Square Garden.

YBNL Nation emerges as the No. 1 record label in the country in H1 2022; the label has been responsible for half of the No. 1 singles of 2022. Bolaji Kareem (also Regional Head of West Africa at EMPIRE Africa), No. 1 on 2021’s TurnTable Power List, also appears on this list.

Legacy record label, Chocolate City has made a killing in 2022. While its catalogue record “Love Nwaniti” continues to rake in millions of streams everyday on Spotify and YouTube, the label has established a foothold in the local scene with Young Jonn, Candy Bleakz and Blaqbonez, coupled with the launch of new acts such as Noon Dave, Major AJ and TariQ. Ibukun Aibee Abidoye, Executive Vice President at Chocolate City makes an appearance on the list.

One of the biggest moment of H1 2022 came in the form of the Ayo Shonaiya’s Afrobeats: The Backstory documentary. The Boomplay-powered documentary created a veritable ground for the telling of more Afrobeats story whilst providing identity, knowledge, and context for generations of Nigerians. Another pf such valuable historic resource is Obi Asika’s Journey of the Beats which provides a robust point-of-view in tracing the history of Afrobeats.

The media continues to represent a major part of the music scene in Nigeria, using new and improved formats to document and provide commentary for our music. Motolani Alake, the Managing Editor of Pulse Nigeria; and Seni Saraki, the Editor-in-Chief and co-Founder of NATIVE Networks are two powerful voices in Media whose valuable contributions earns them a place on the Power List.

The Music Business Academy has become the No. 1 program for providing the next generation of music executives a wide spectrum of globally relevant administrative skills. The program is led by Elizabeth Sobowale, who makes an appearance on the list.

All in all, these thirty individuals have earned their spots on this list through ingenuity, hard work, vision, and selflessness. Here are the Top 30 executives that shaped the first half of 2022 in Nigerian Music (in no order). 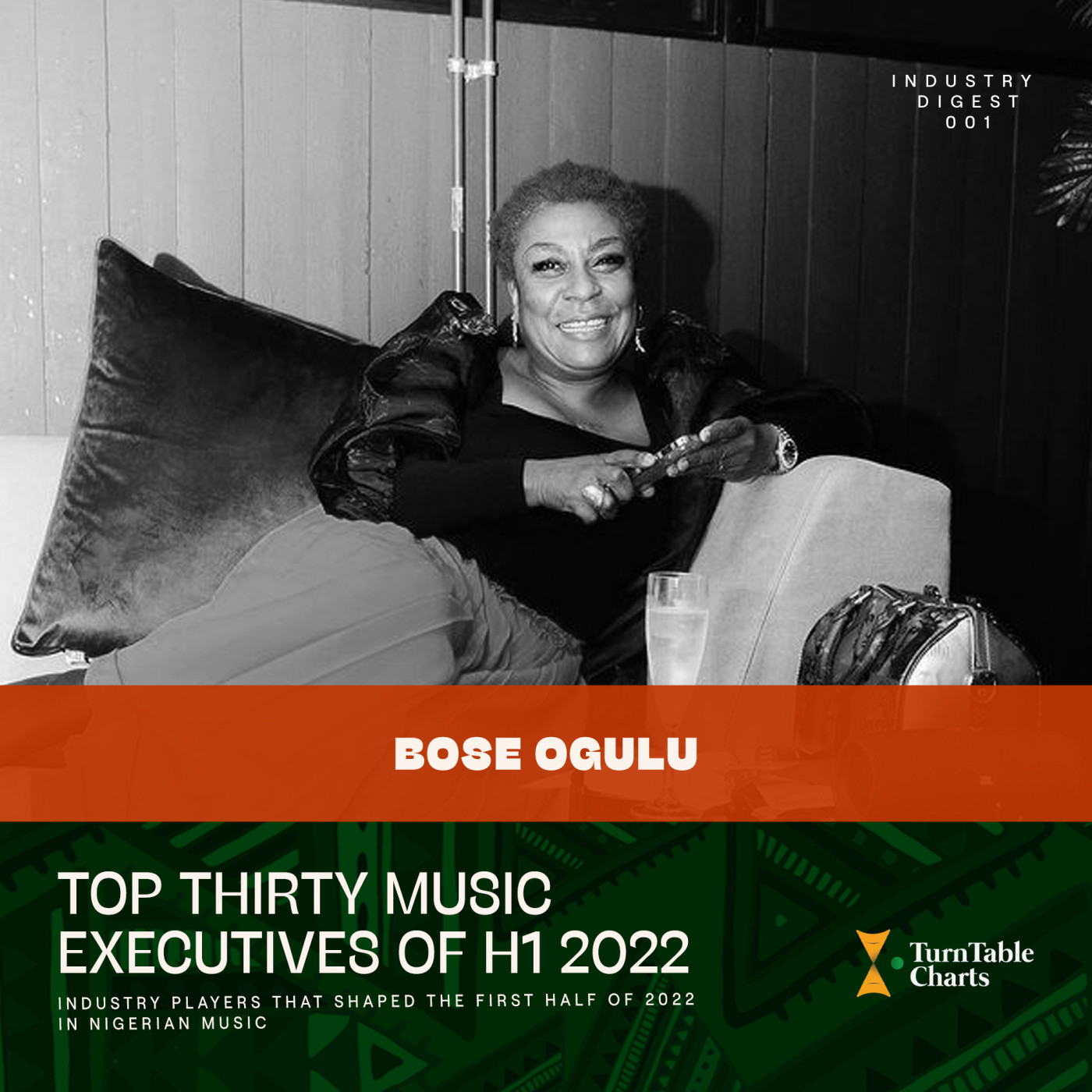 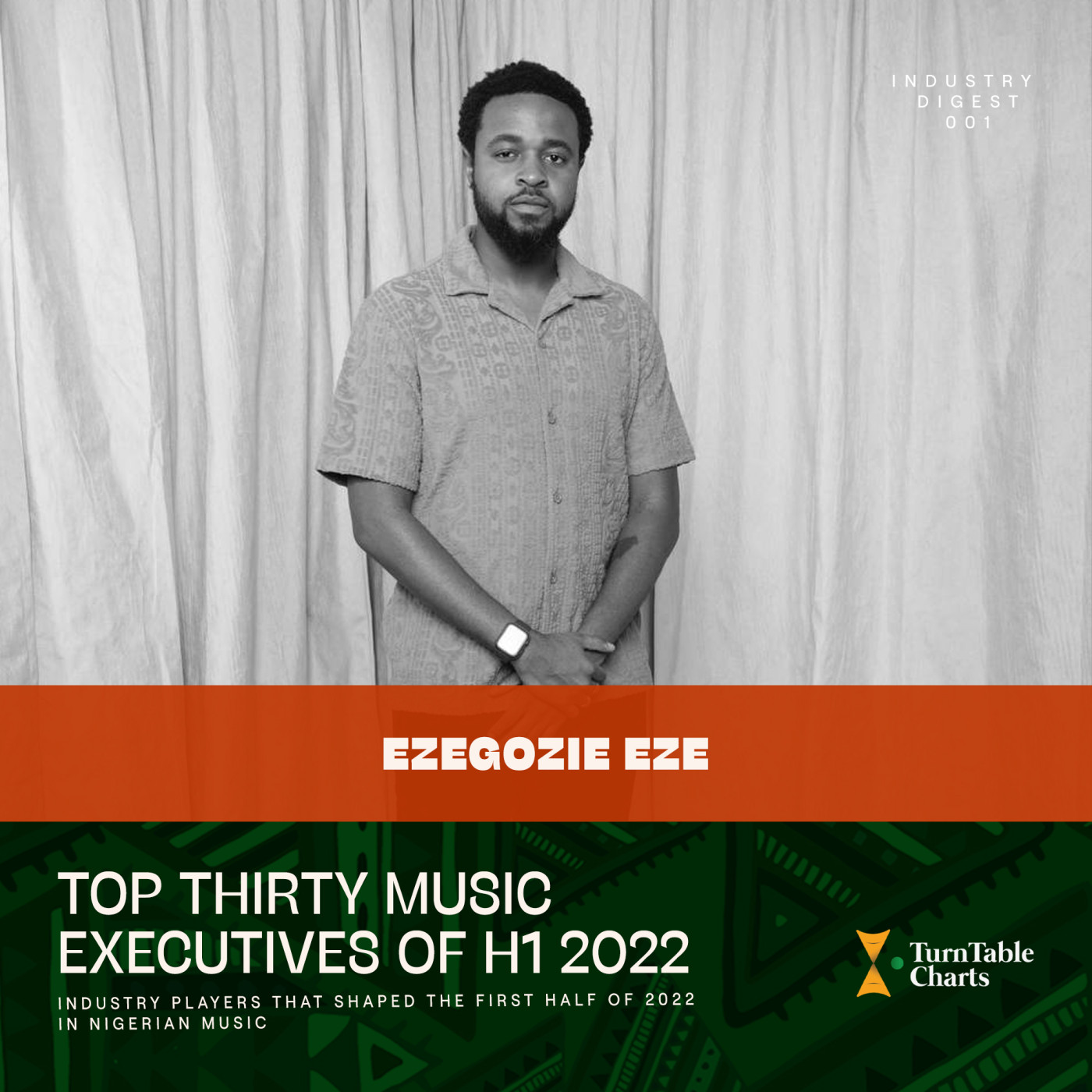 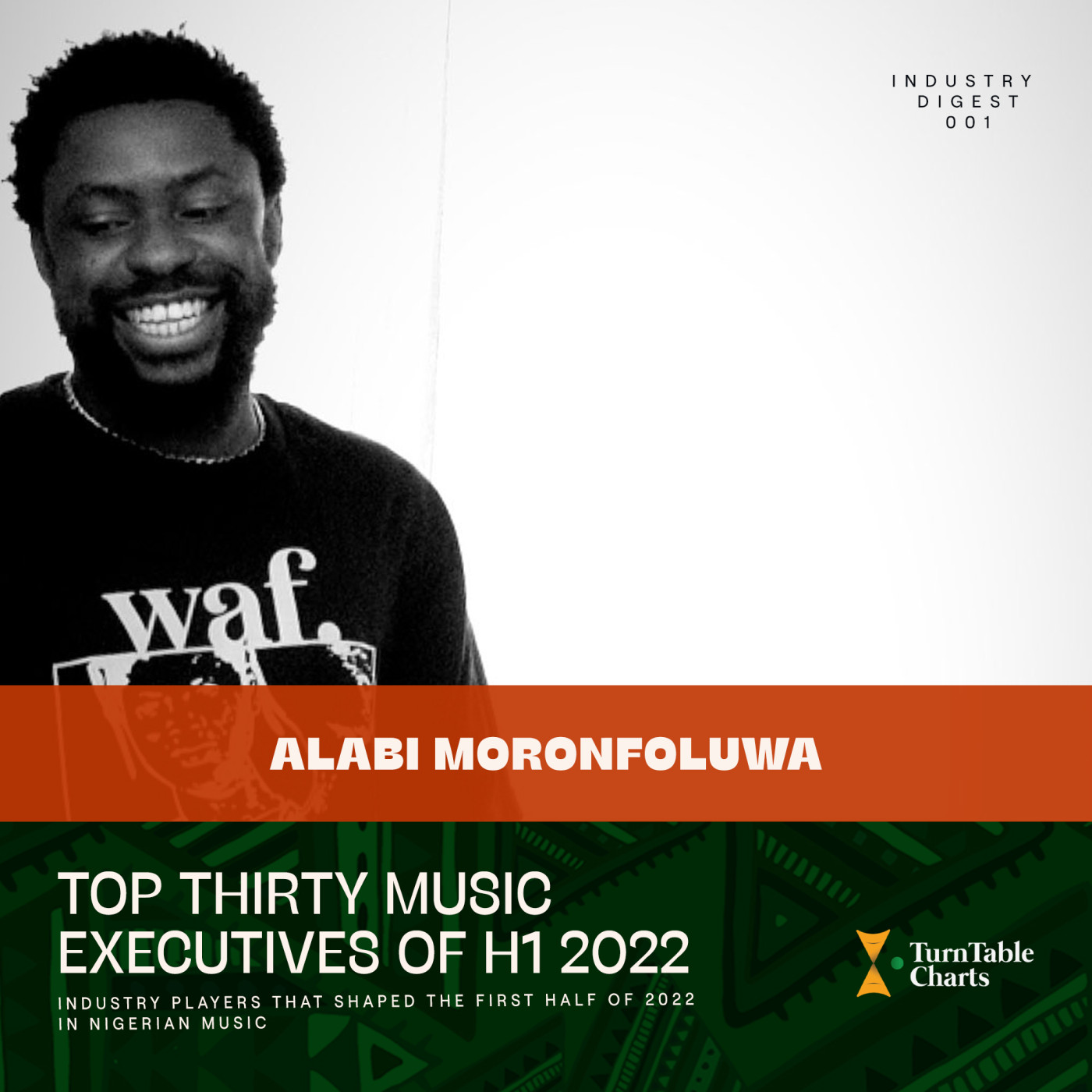 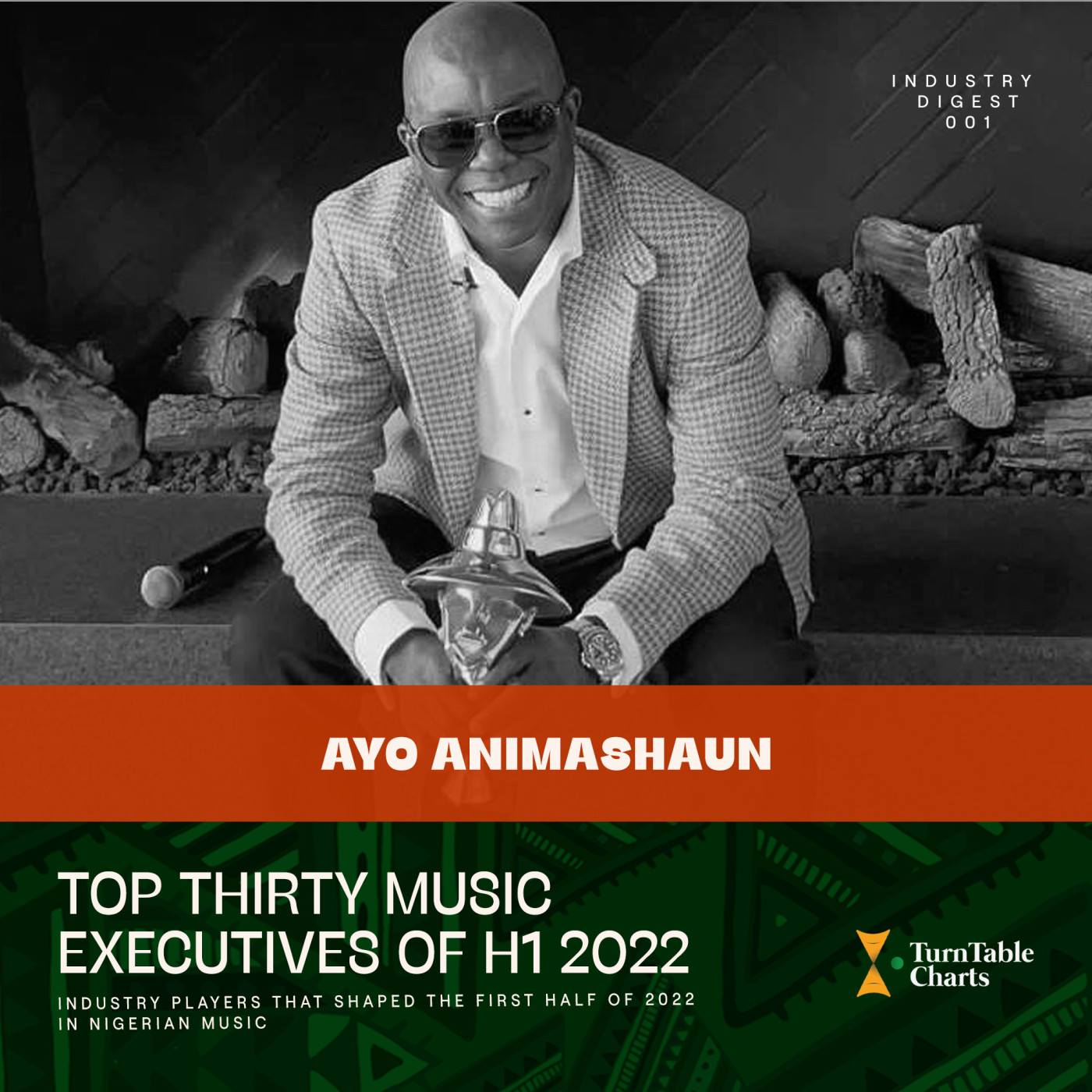 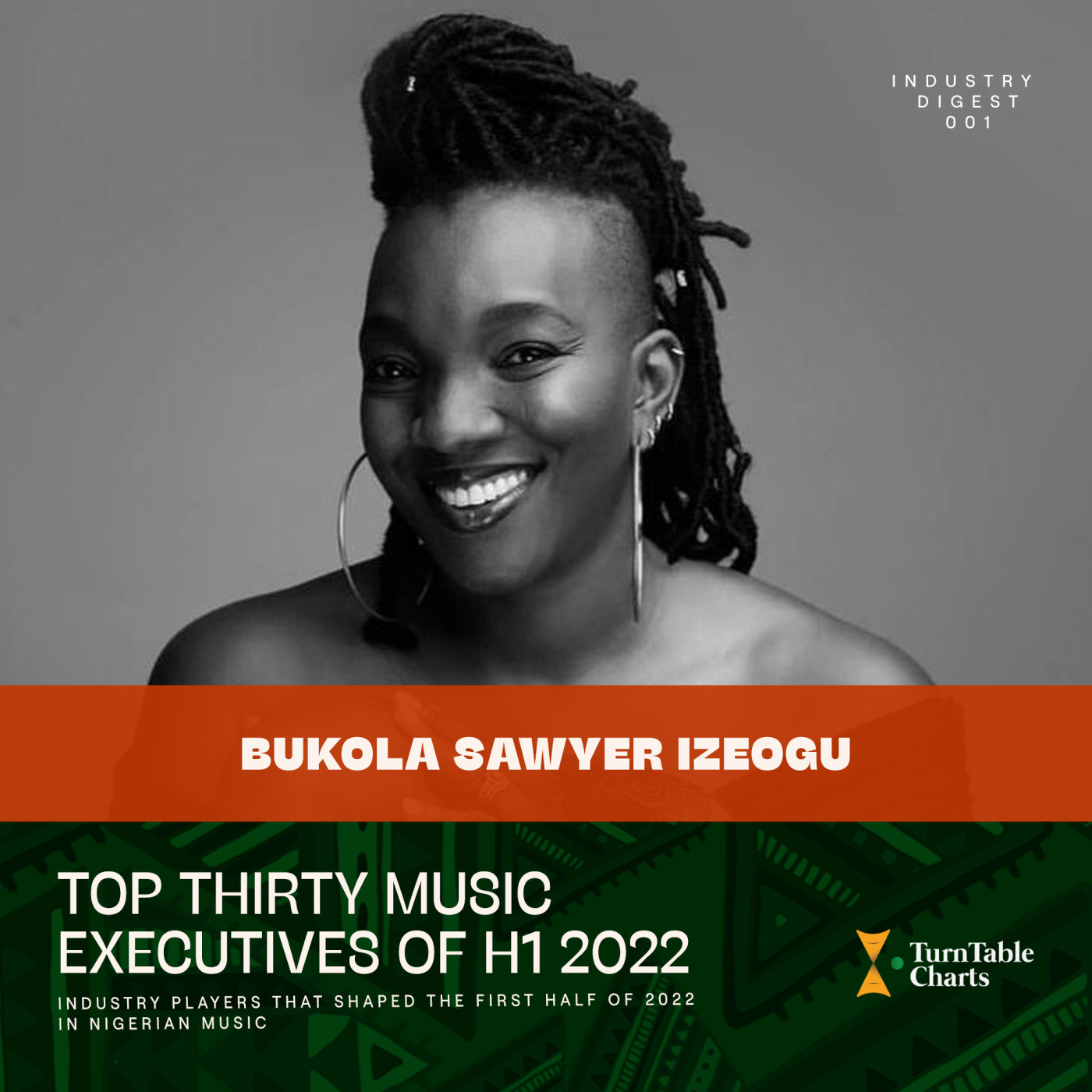 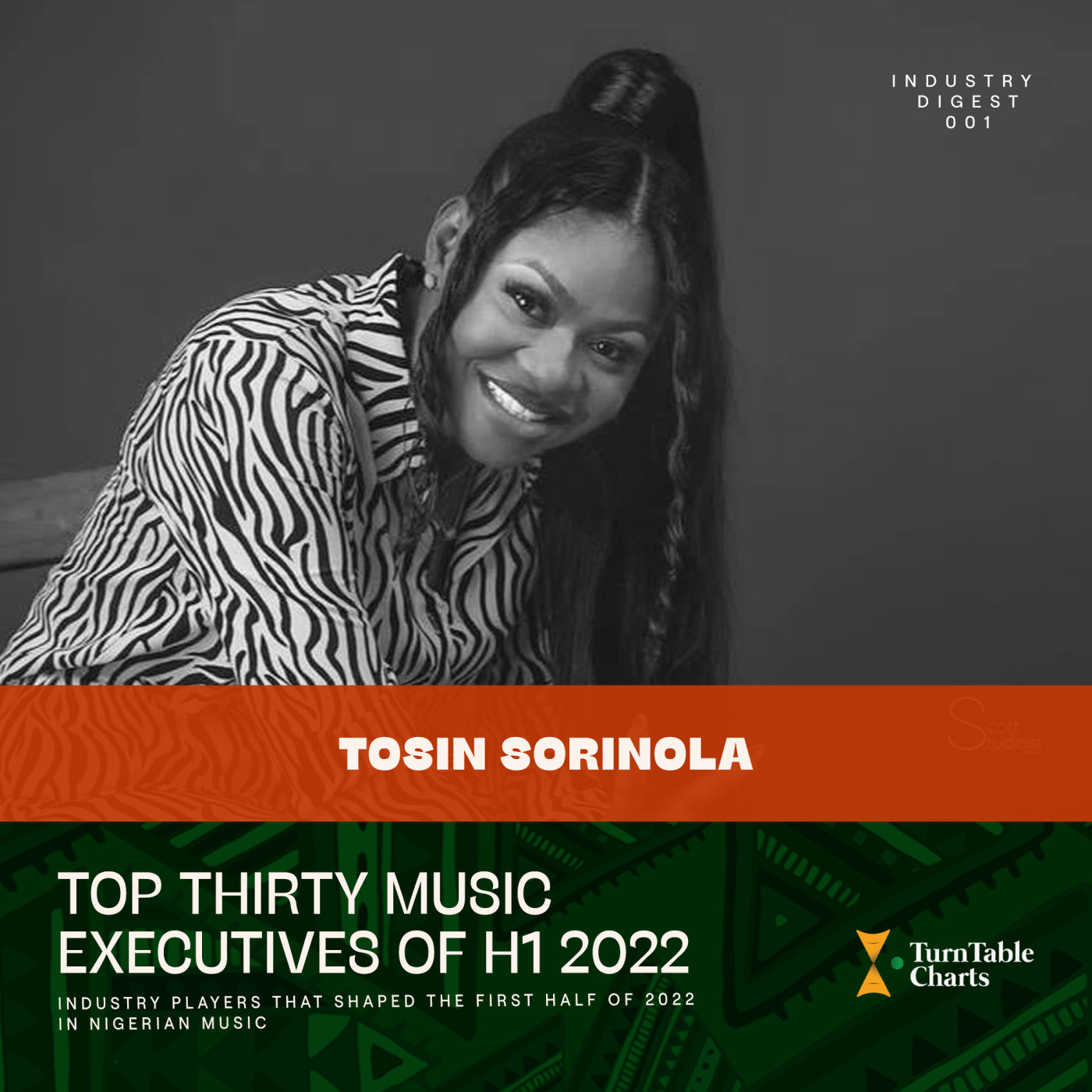 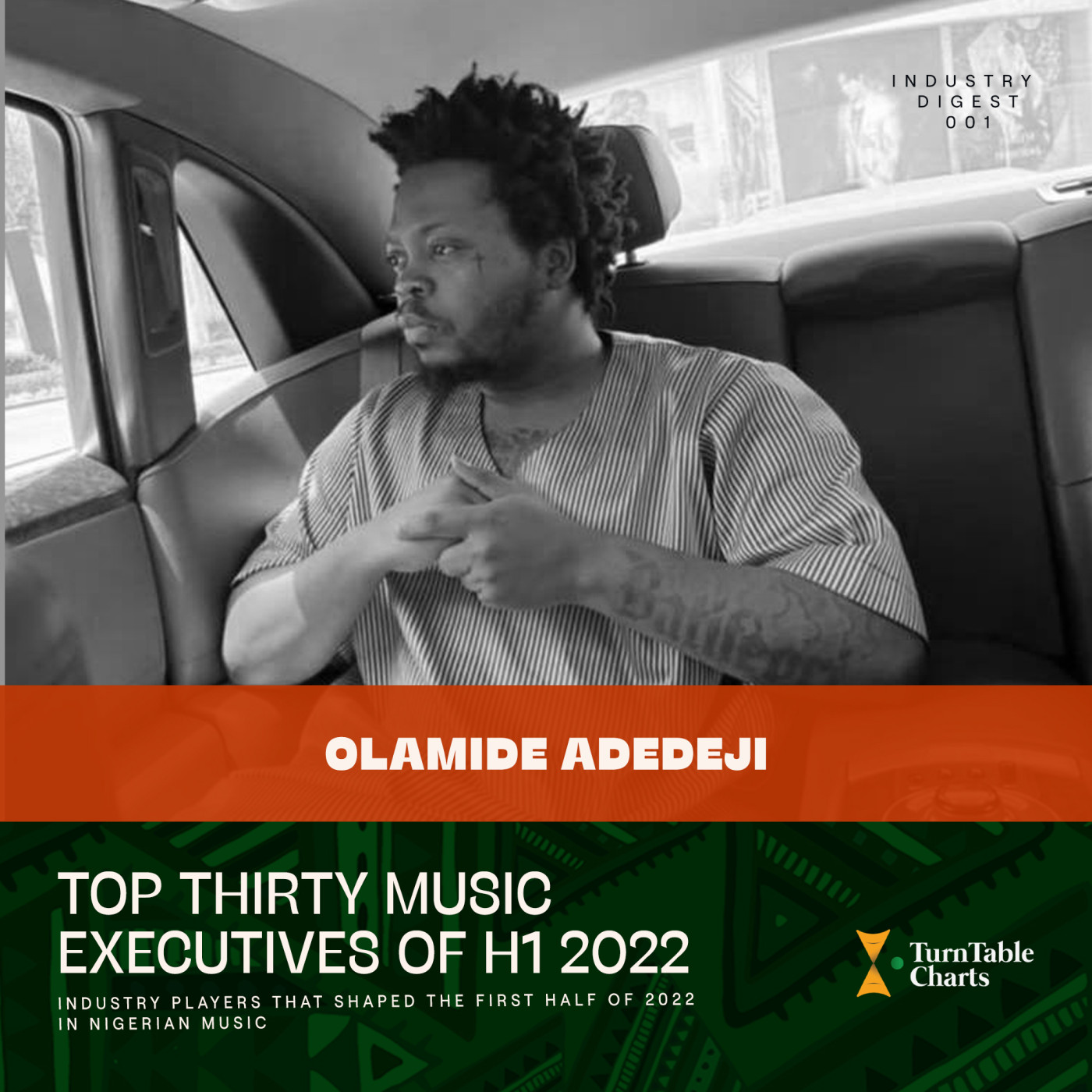 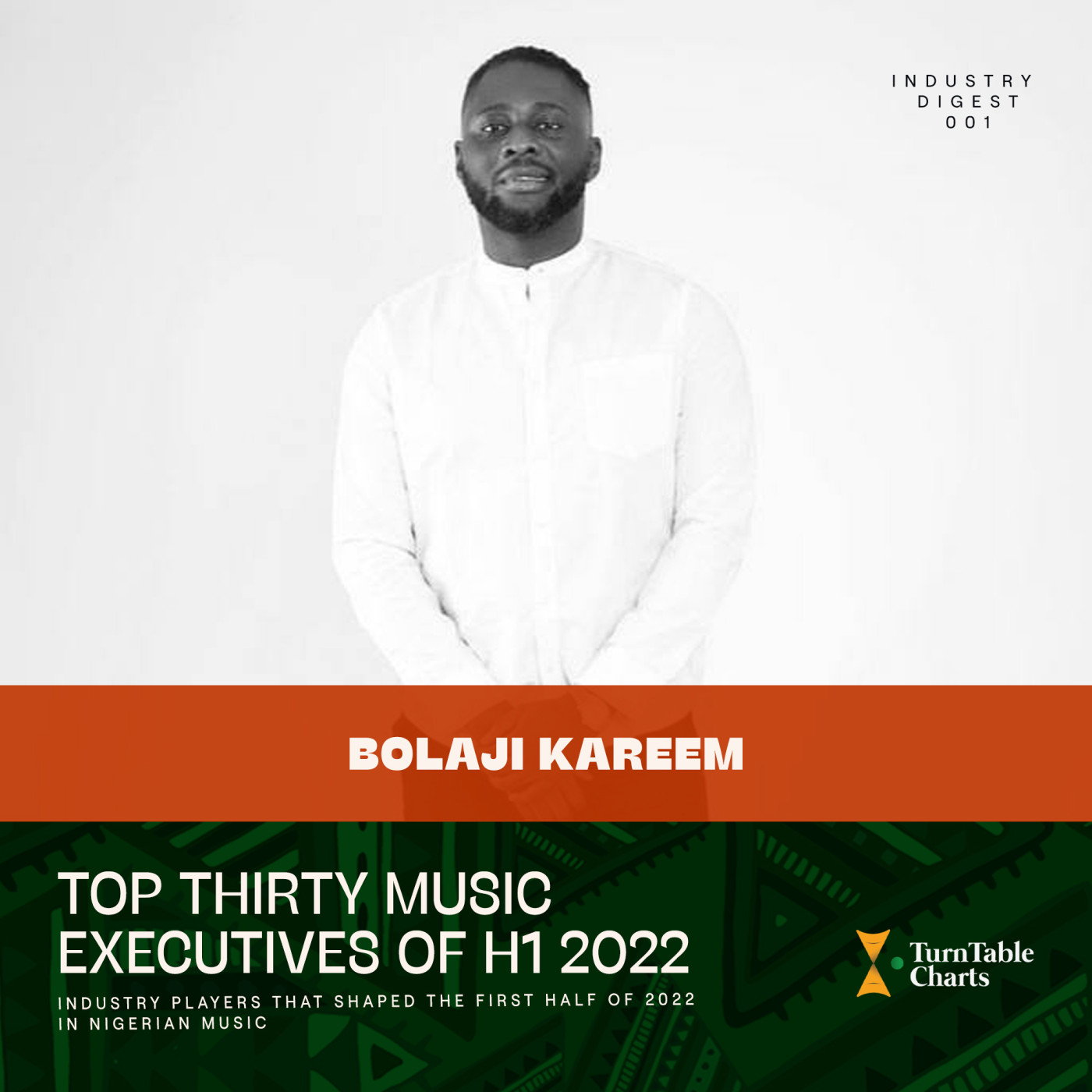 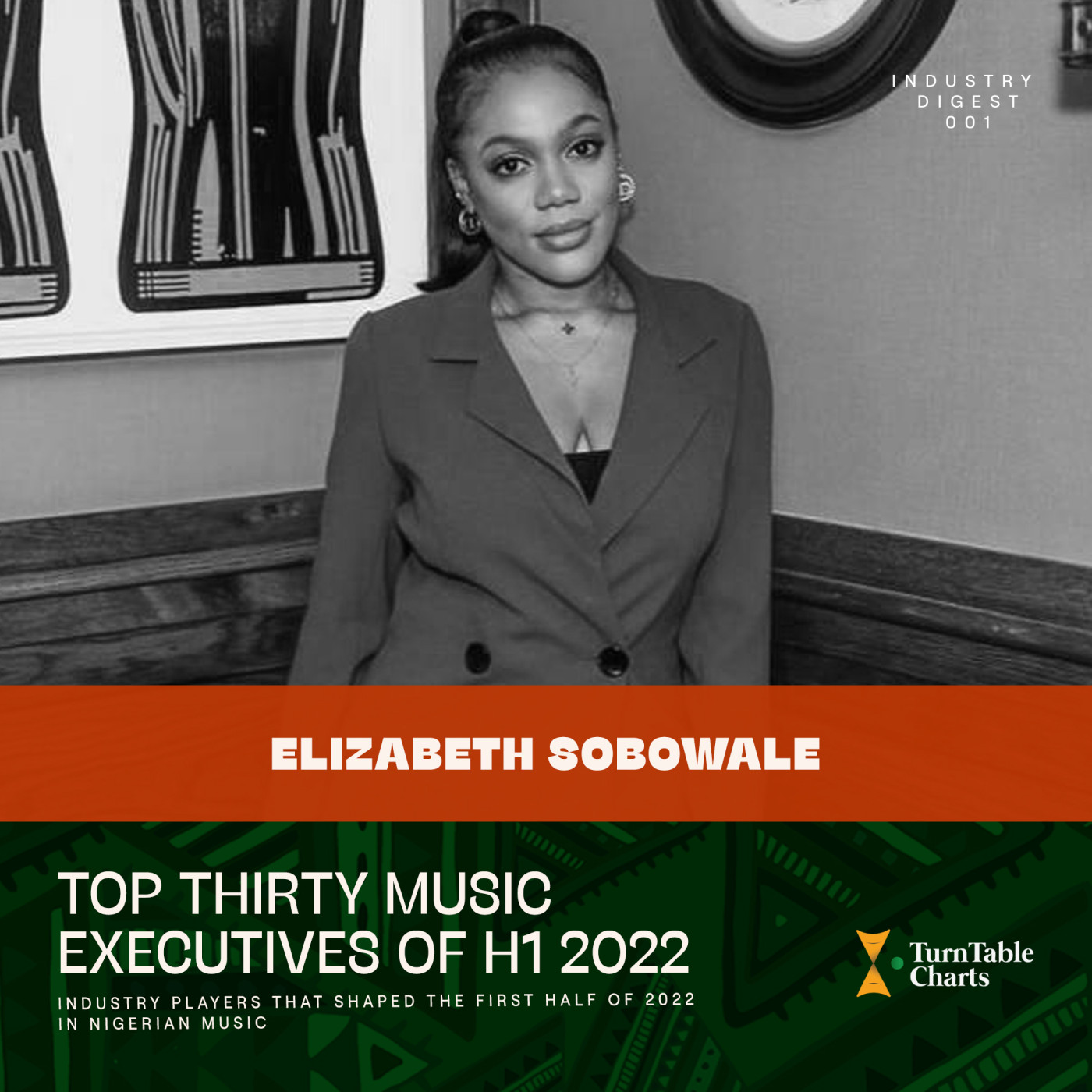 Role: Founder/CEO of Duke Concepts (Executive of the Quarter, Q2 2022) 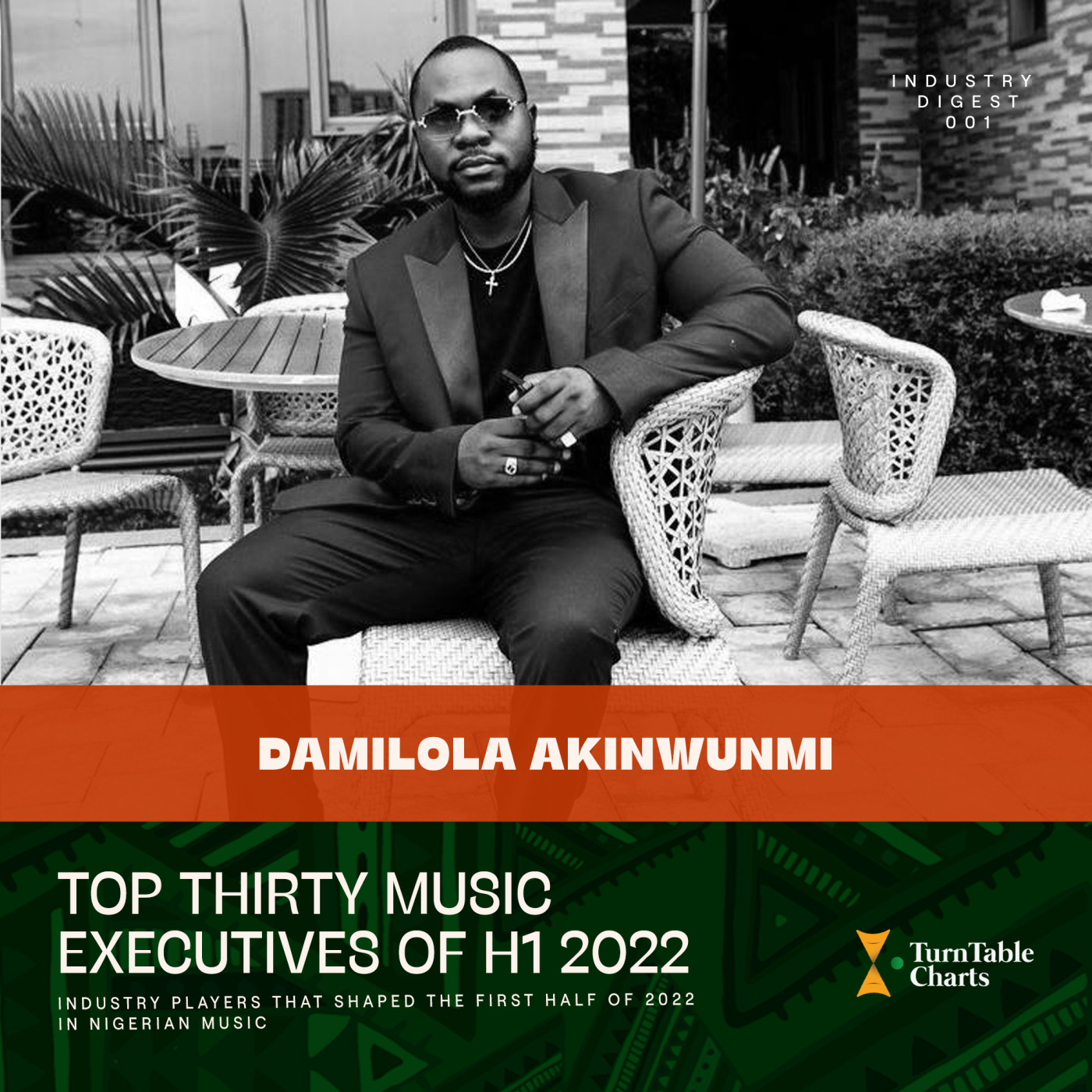 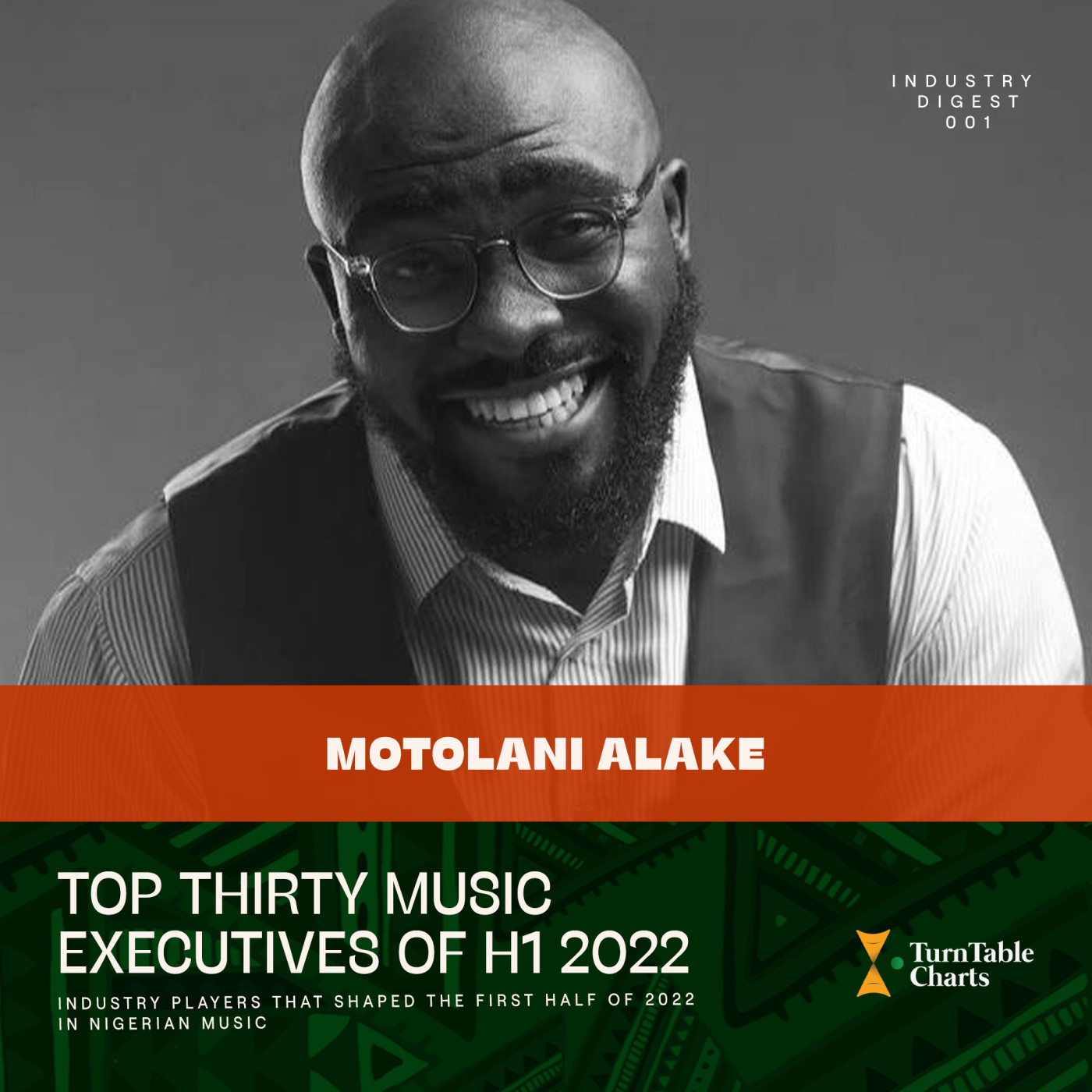 Role: Creator of Journey of the Beats 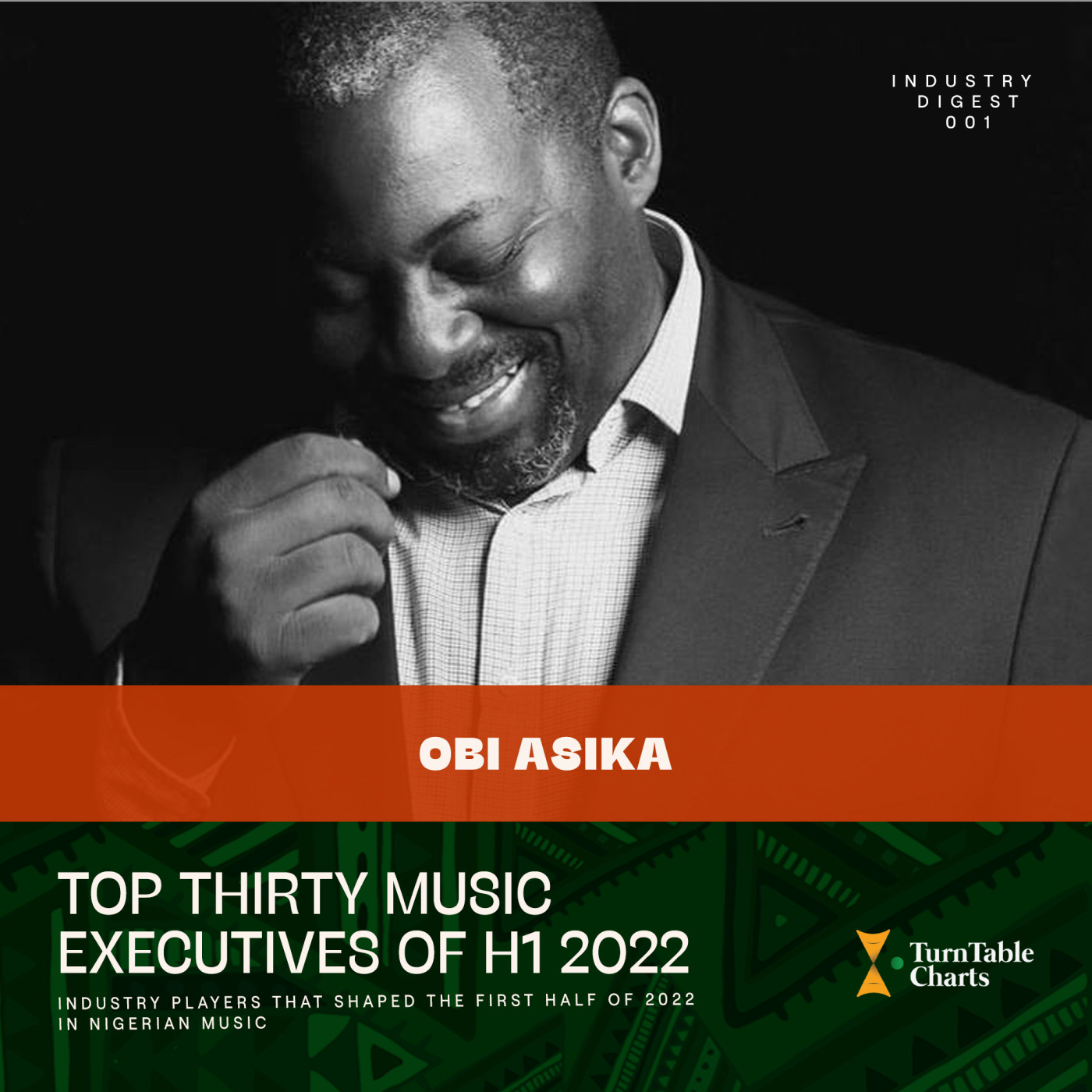 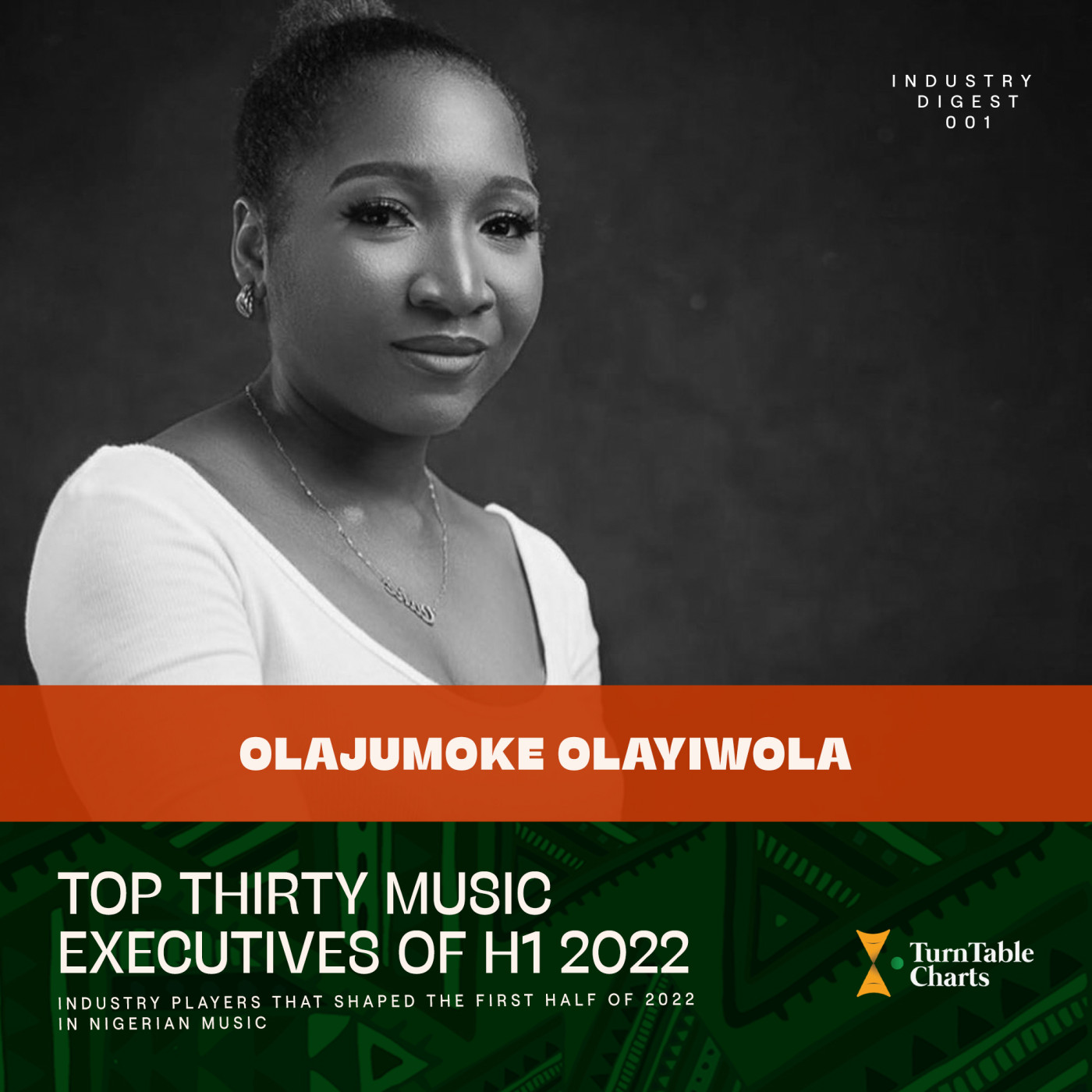 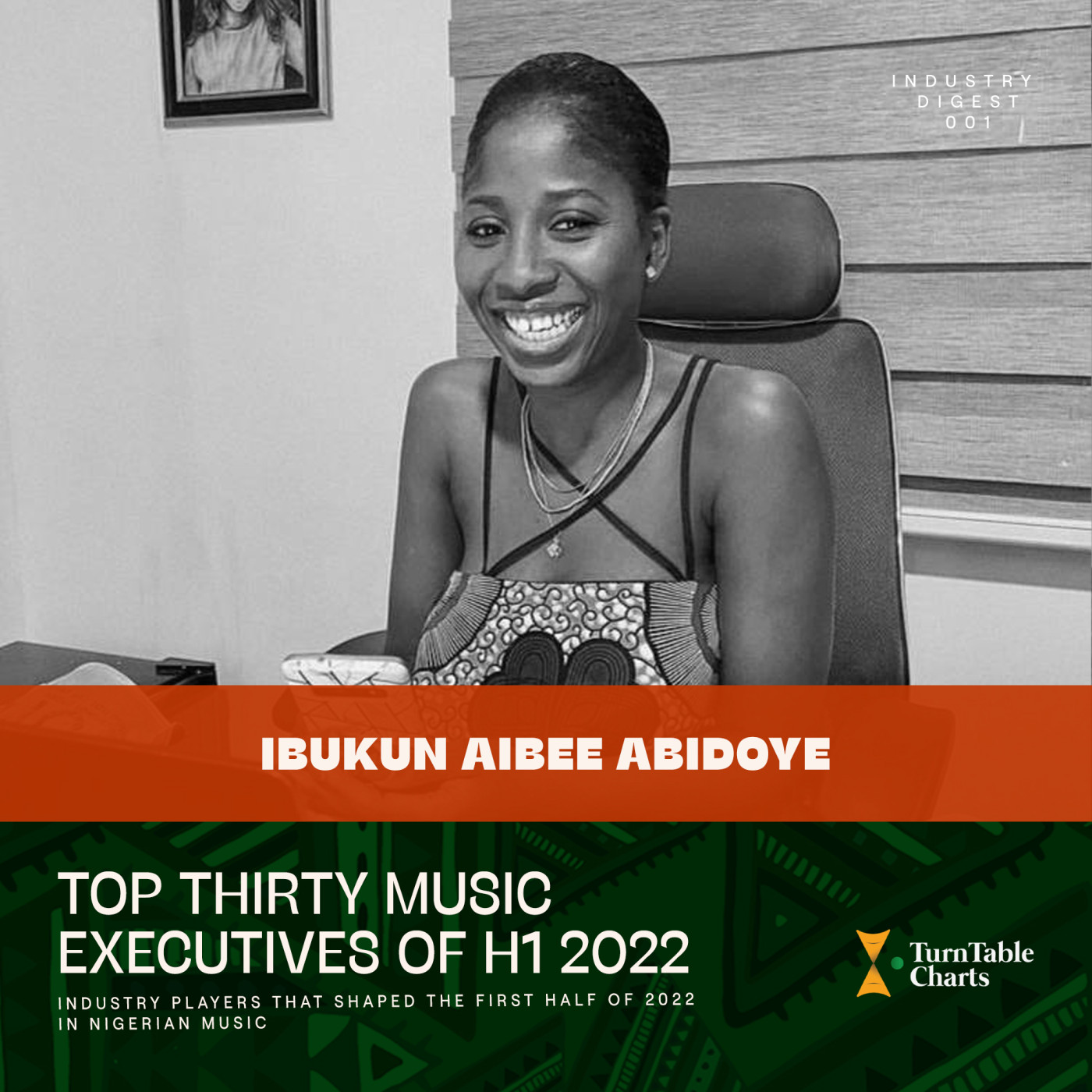 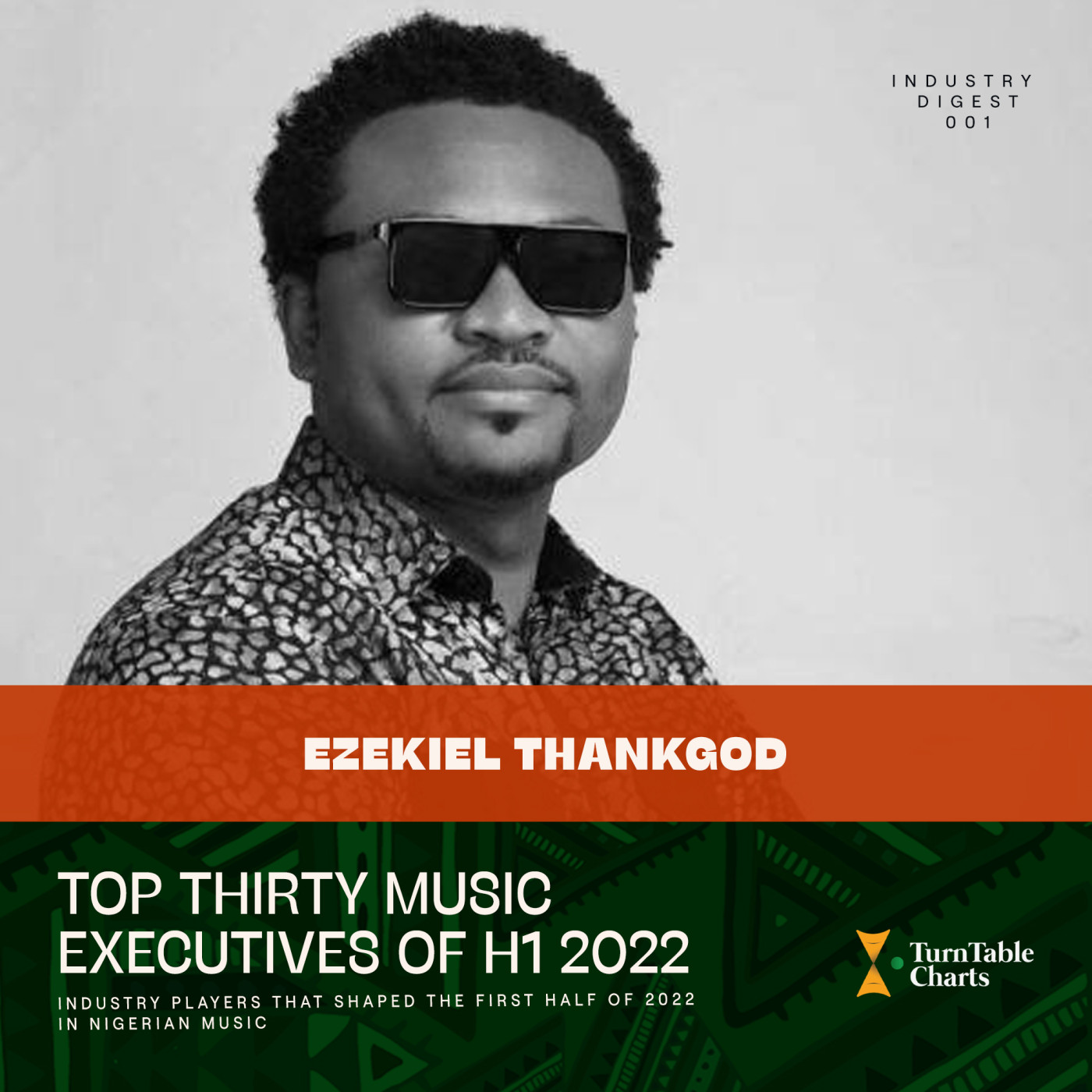 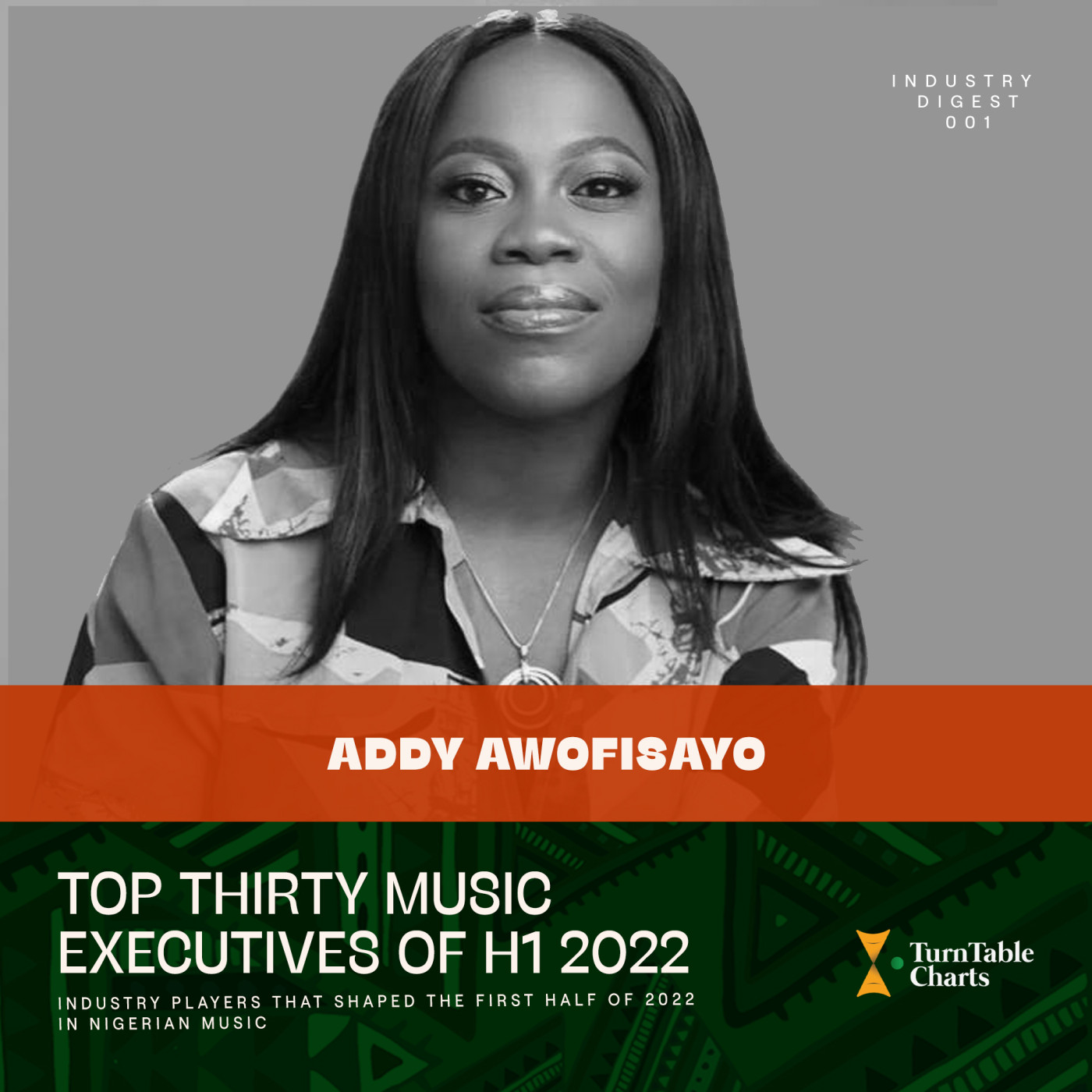 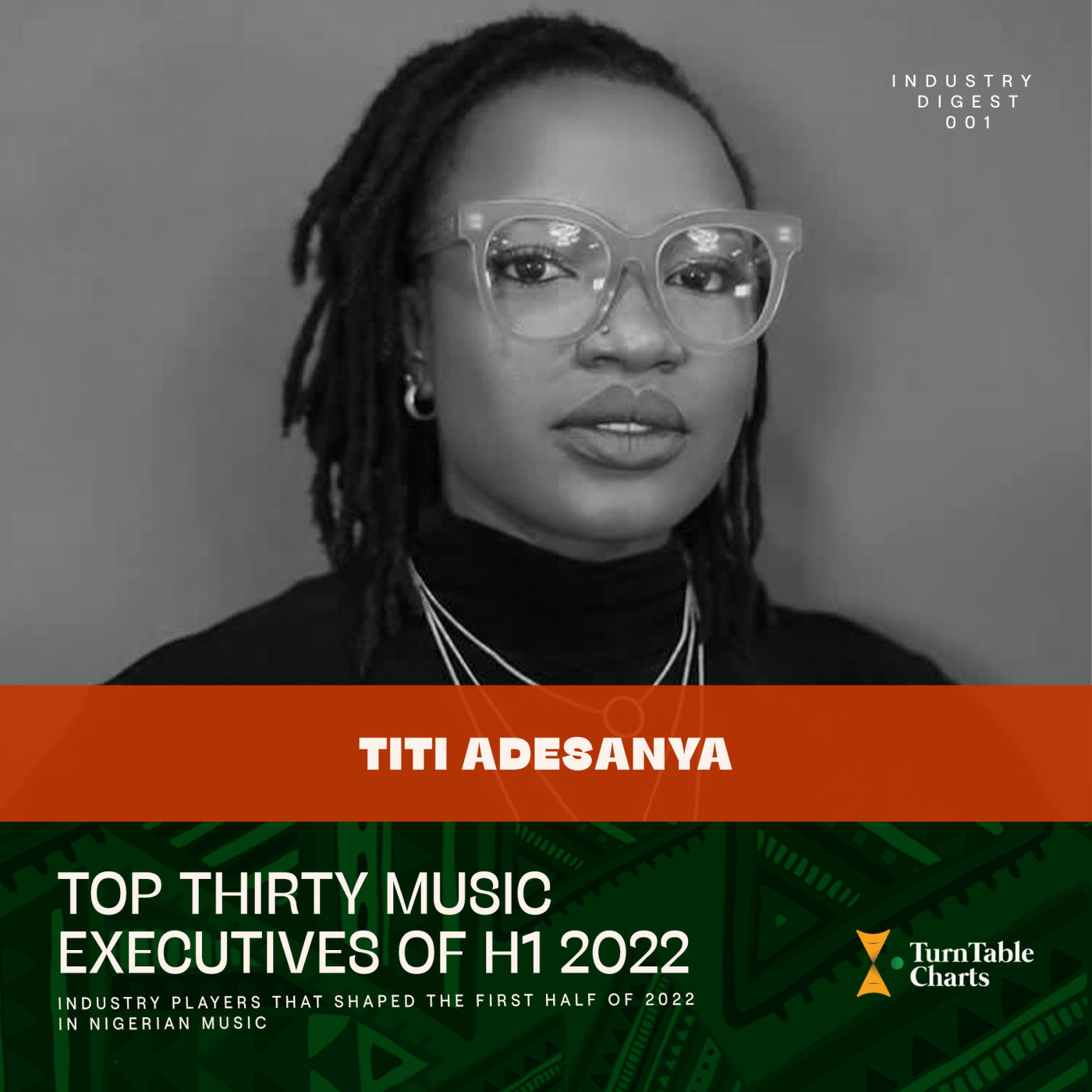 Role: Creator of Afrobeats: The Backstory 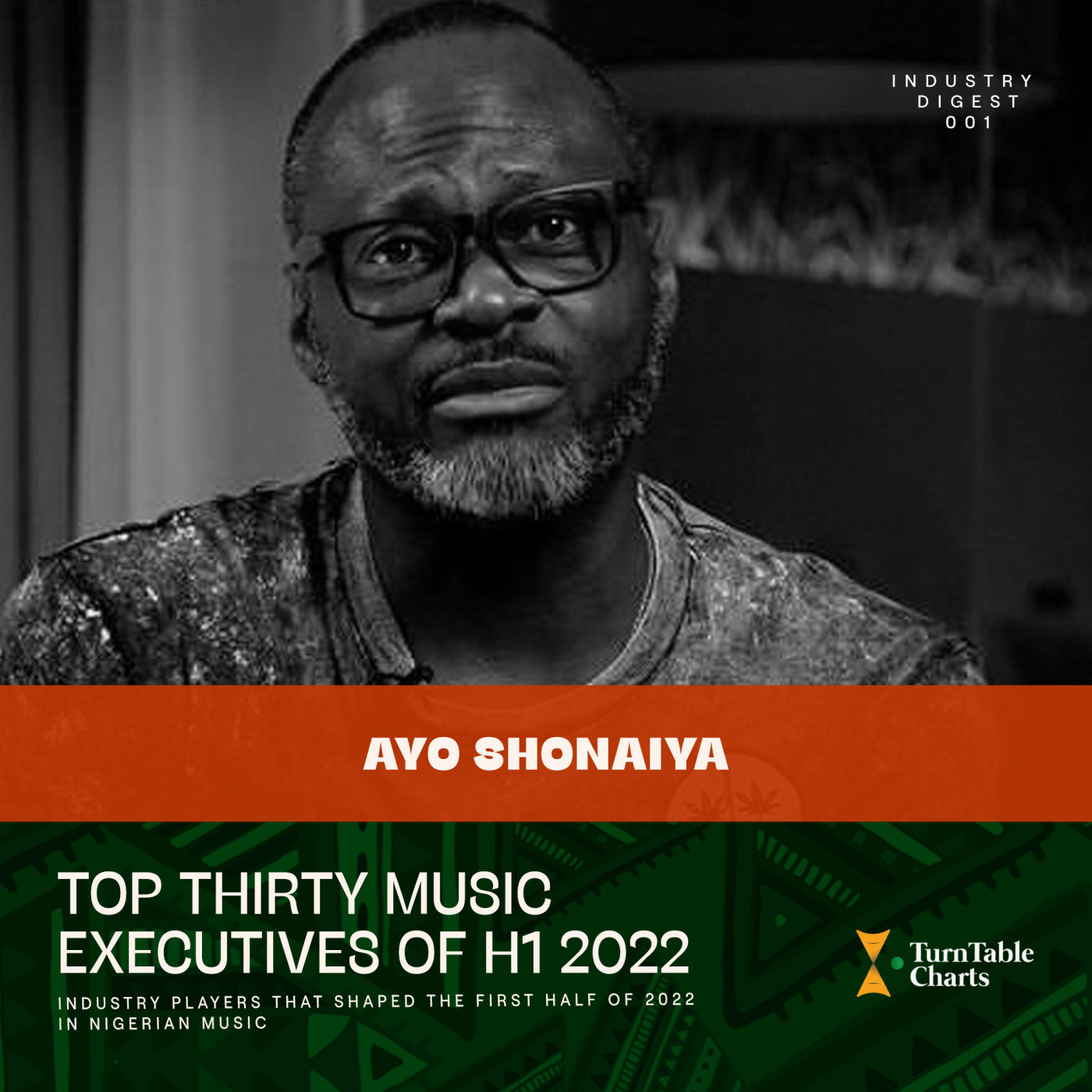 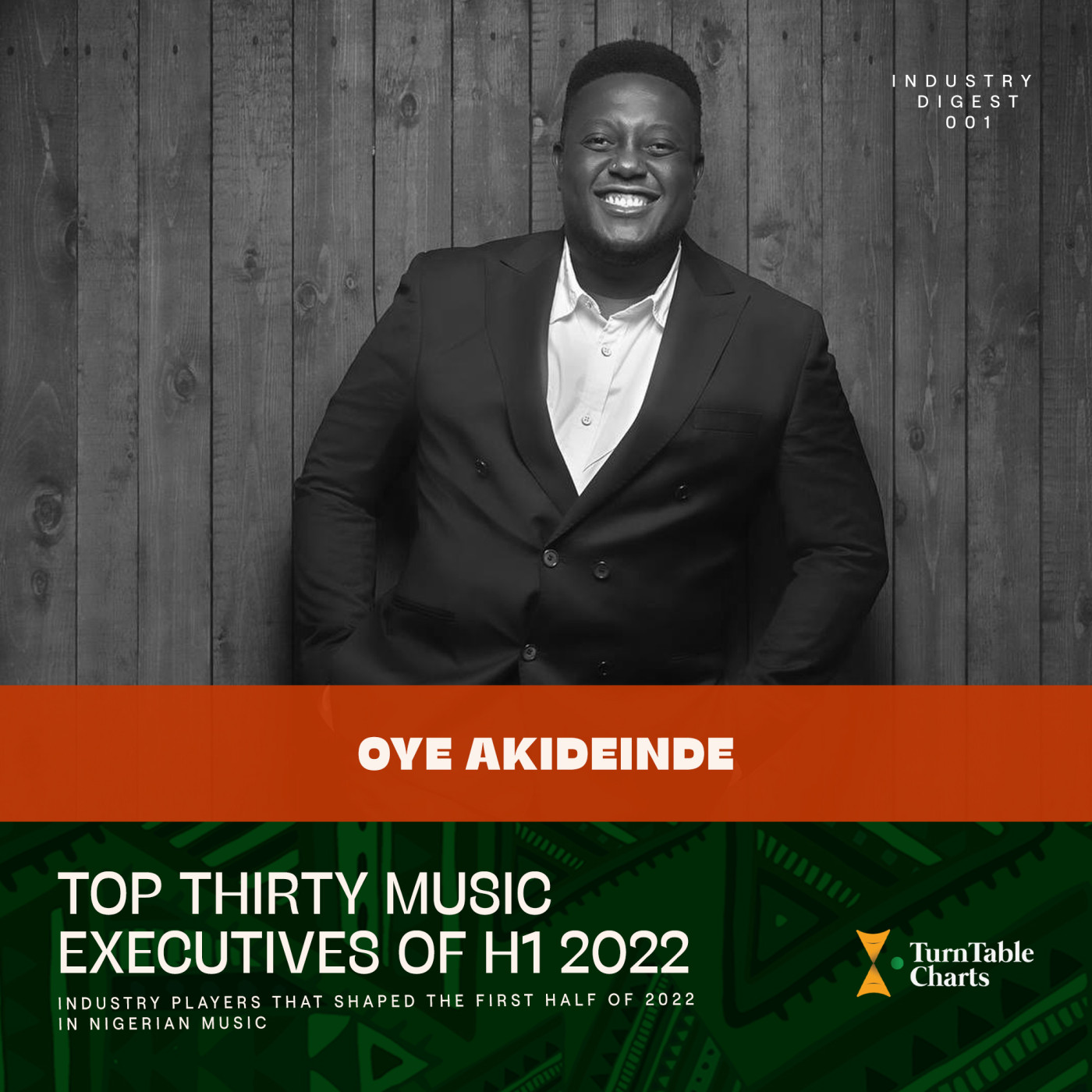 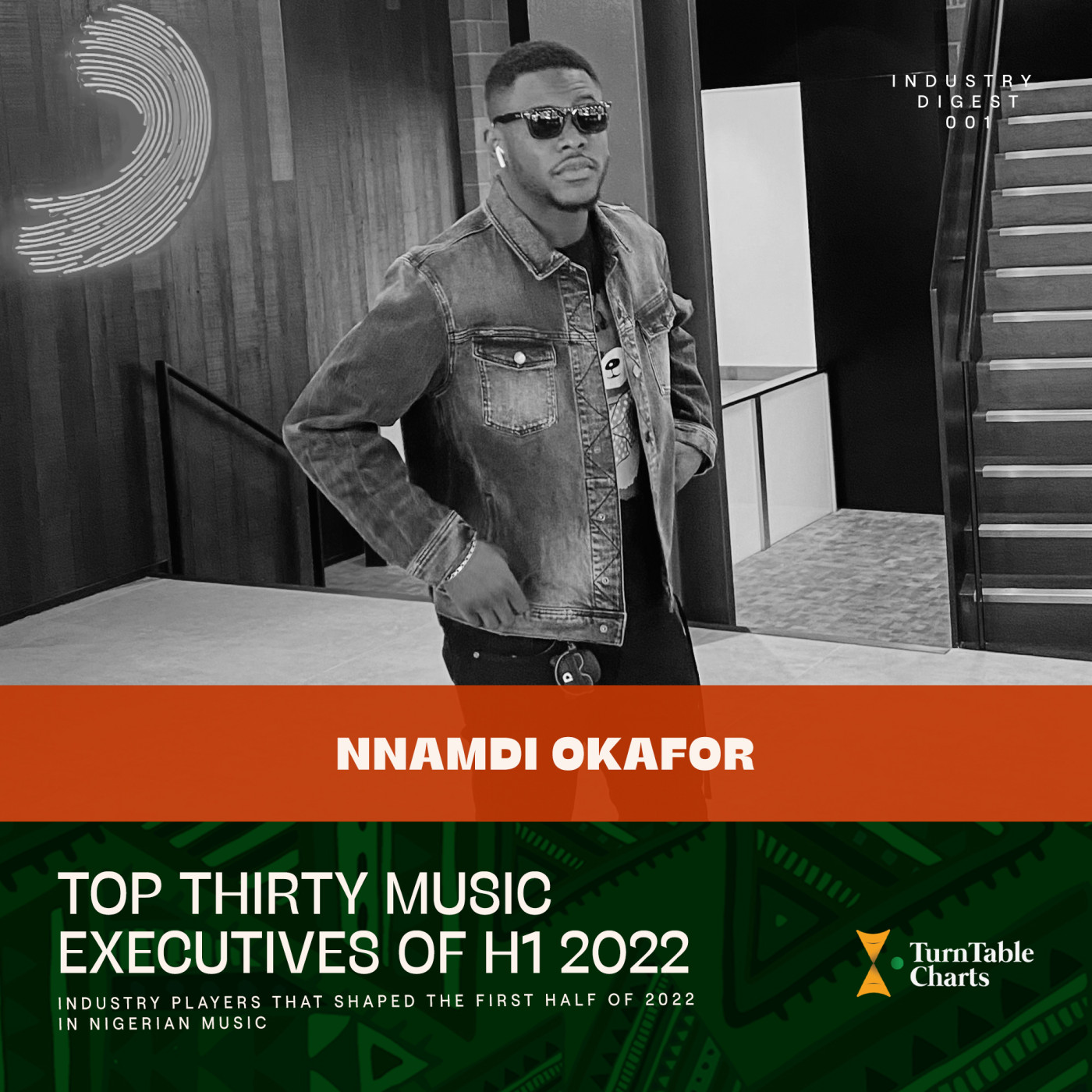 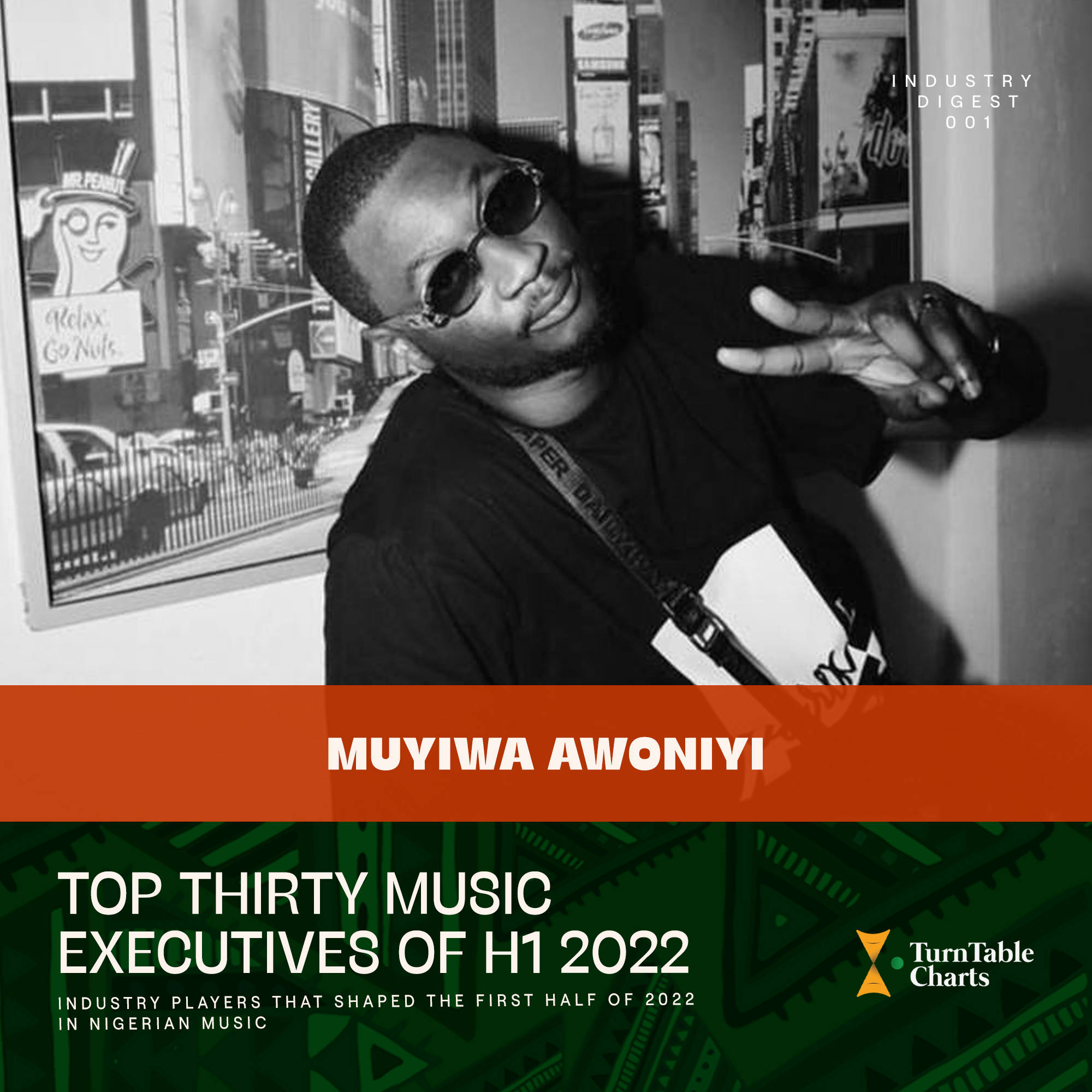 Role: Co-Founder of The Plug Entertainment 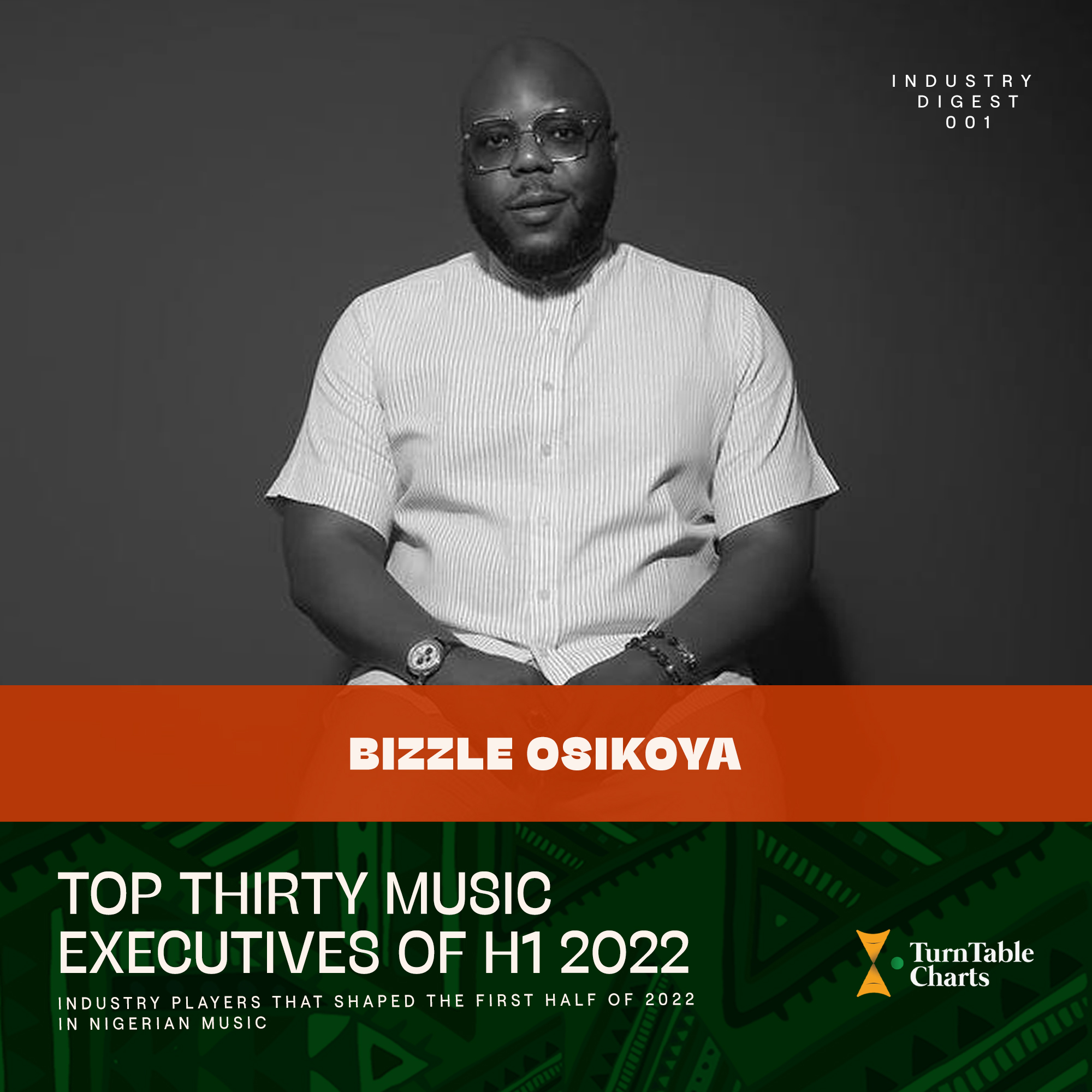 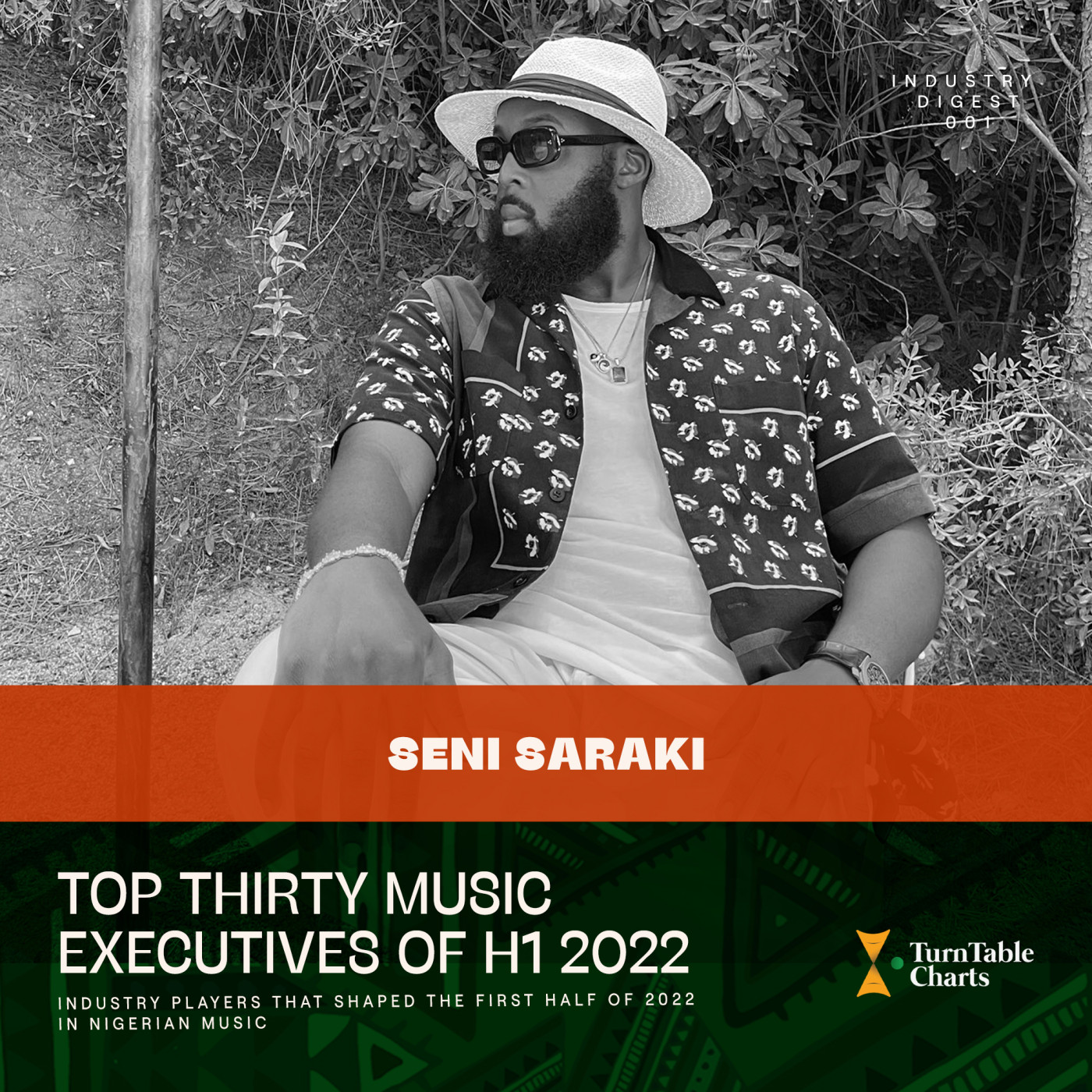 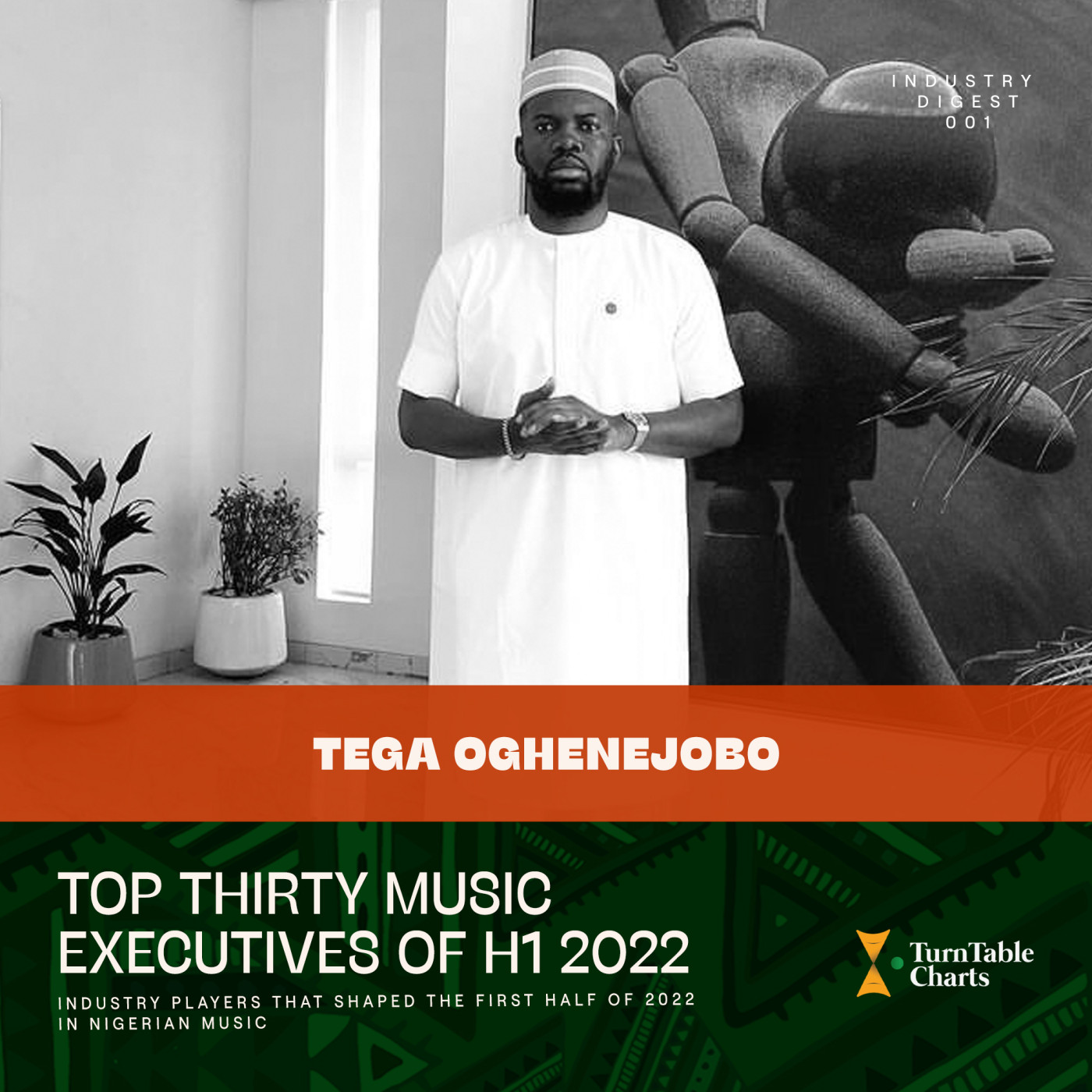 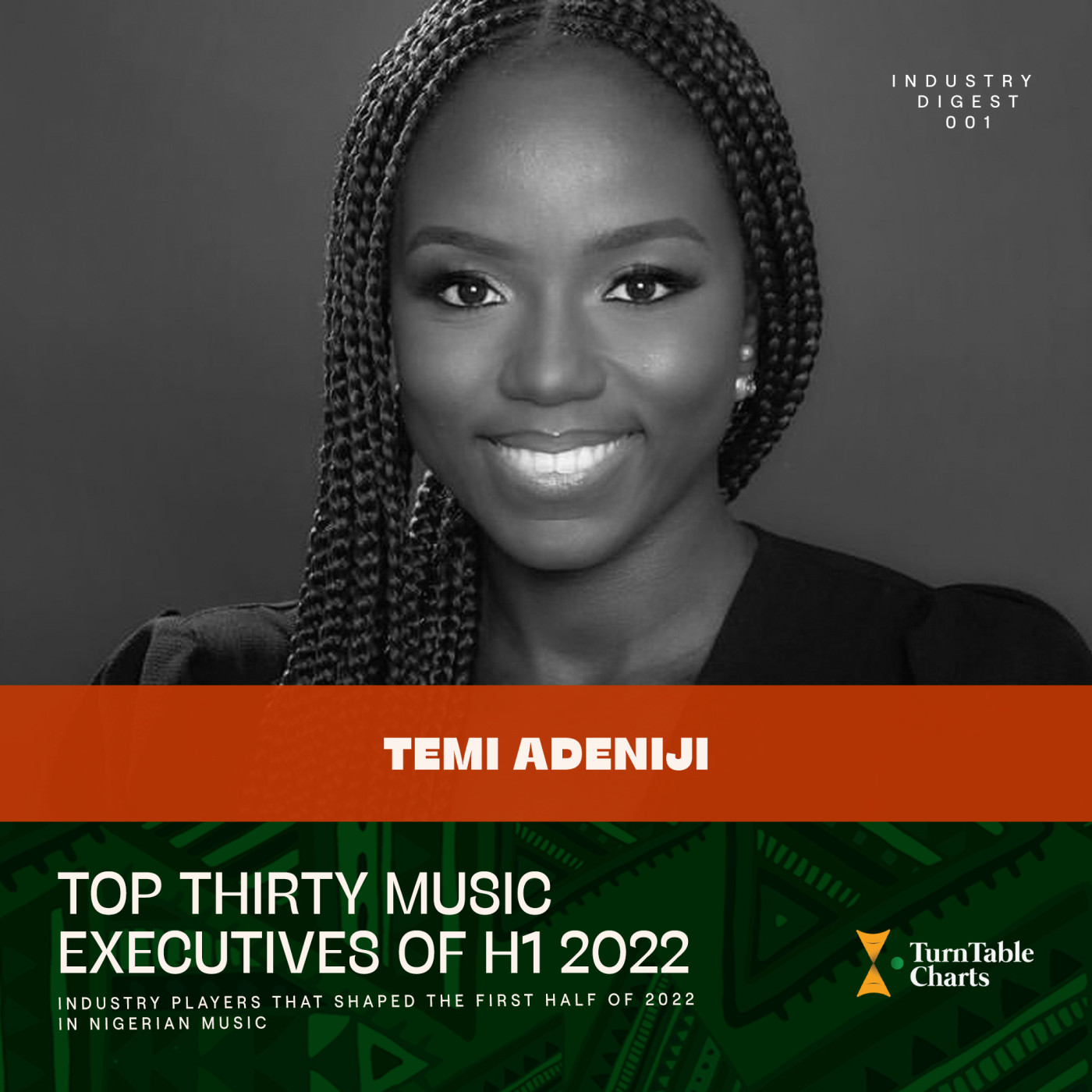 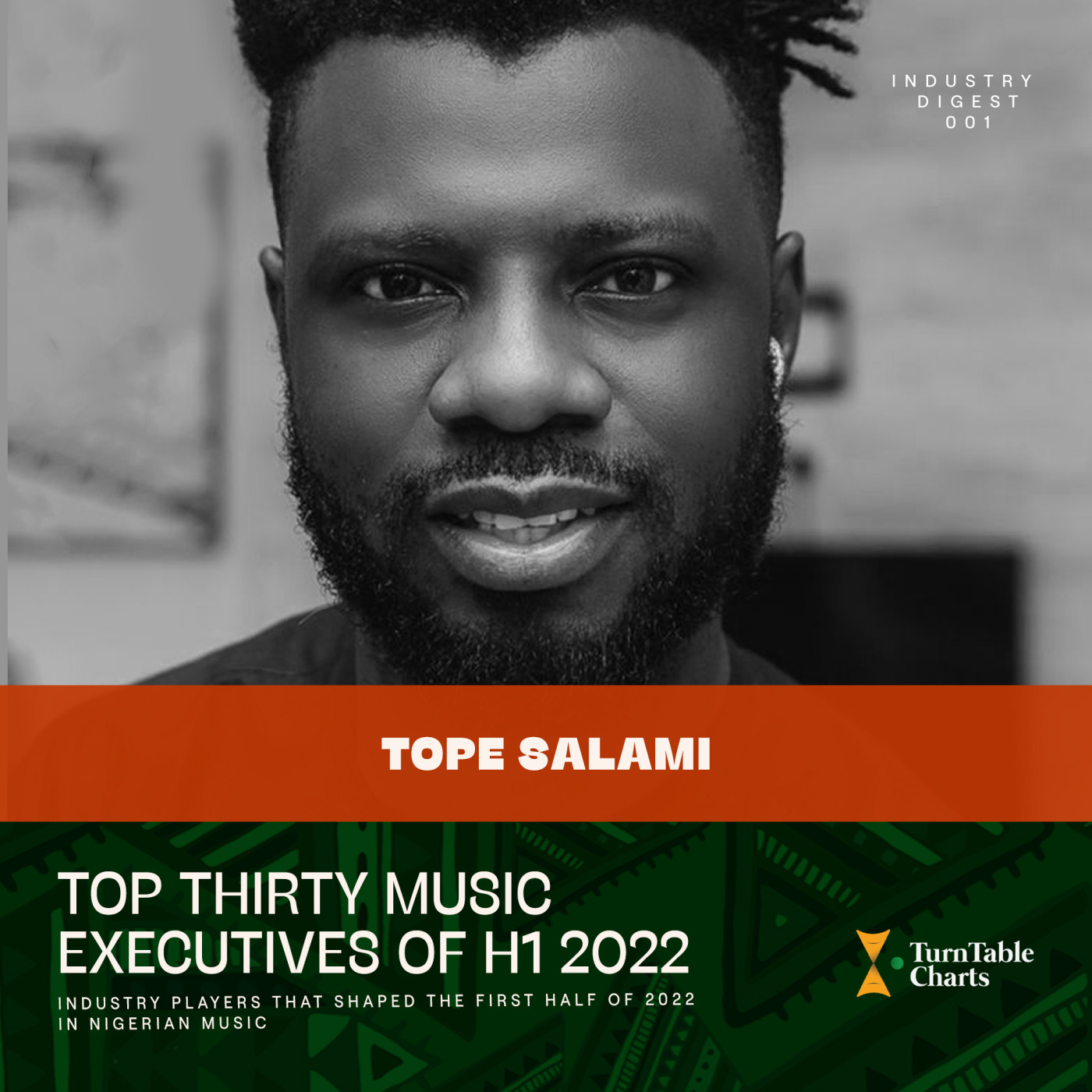 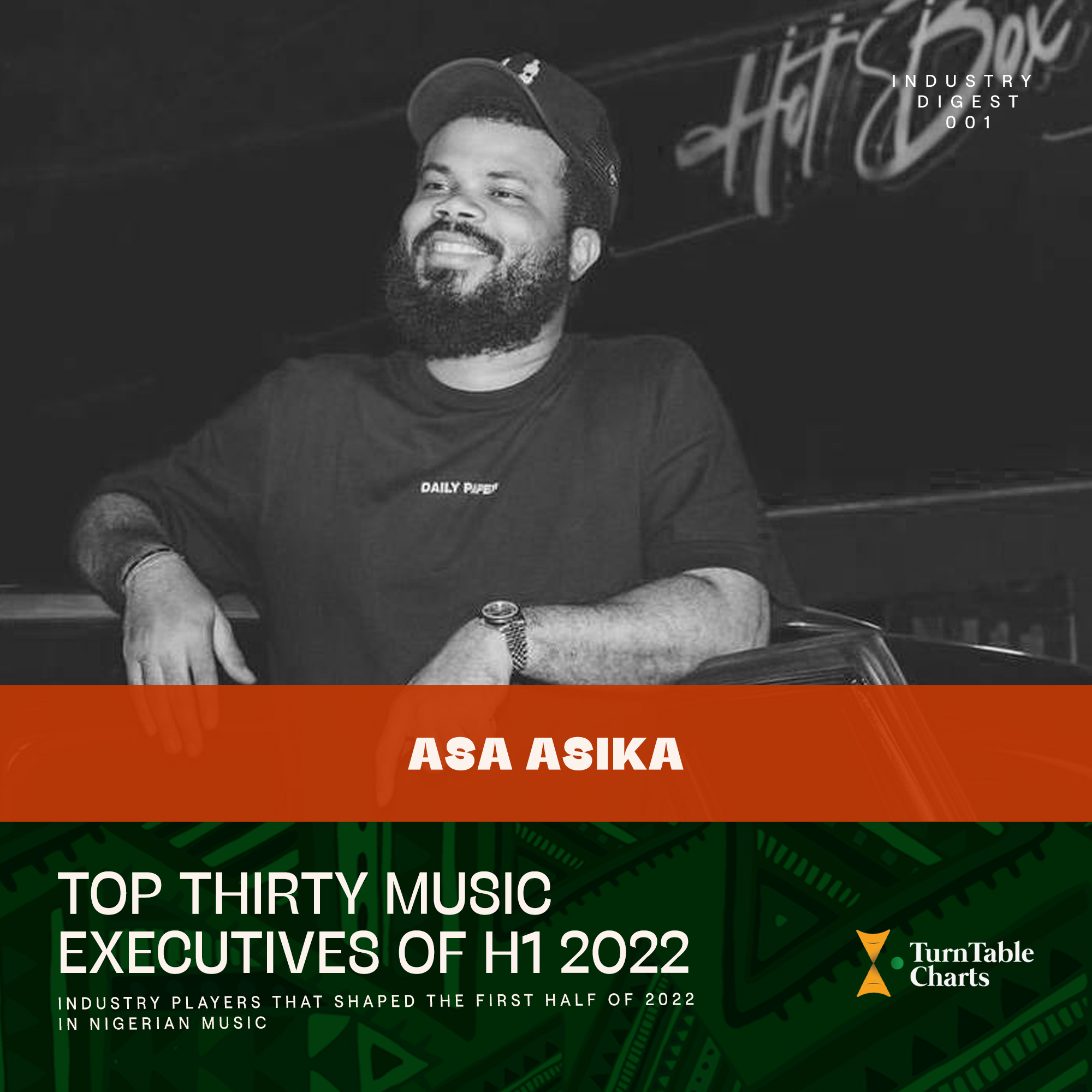 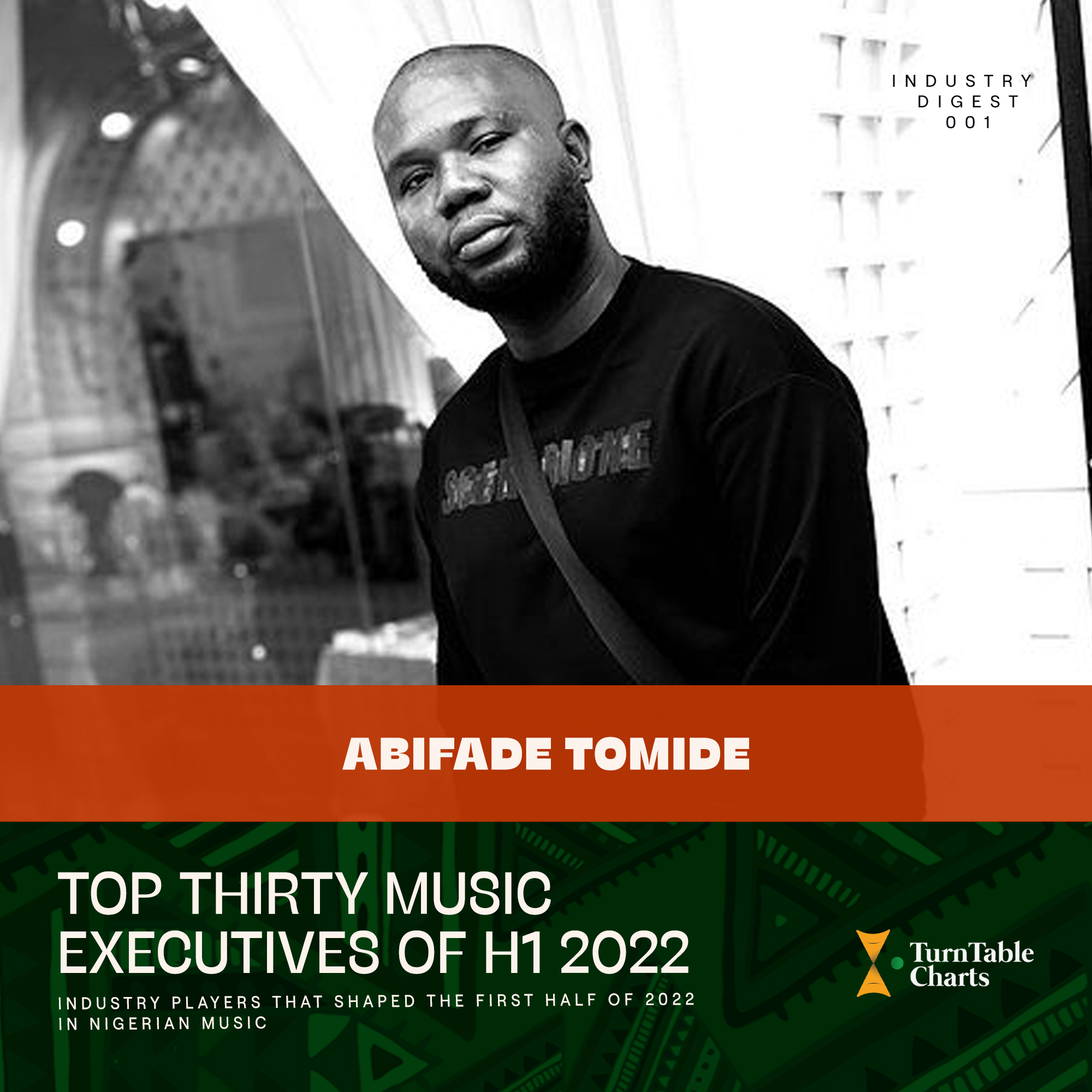 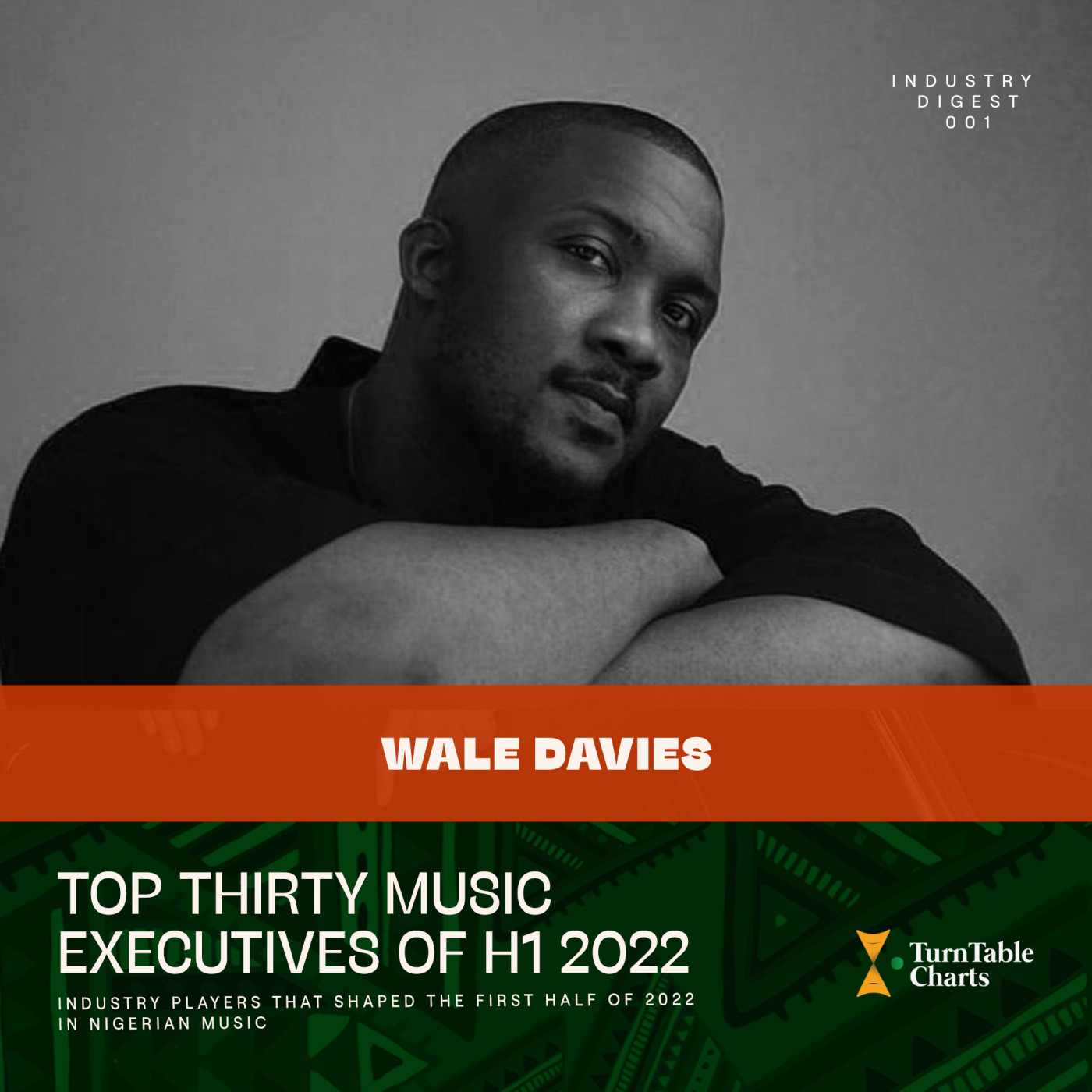 The TurnTable Power List is a part of the Industry Digest 001, a monthly digital issue published by TurnTable Charts, providing comprehensive news, insights, interviews and data into Nigerian music