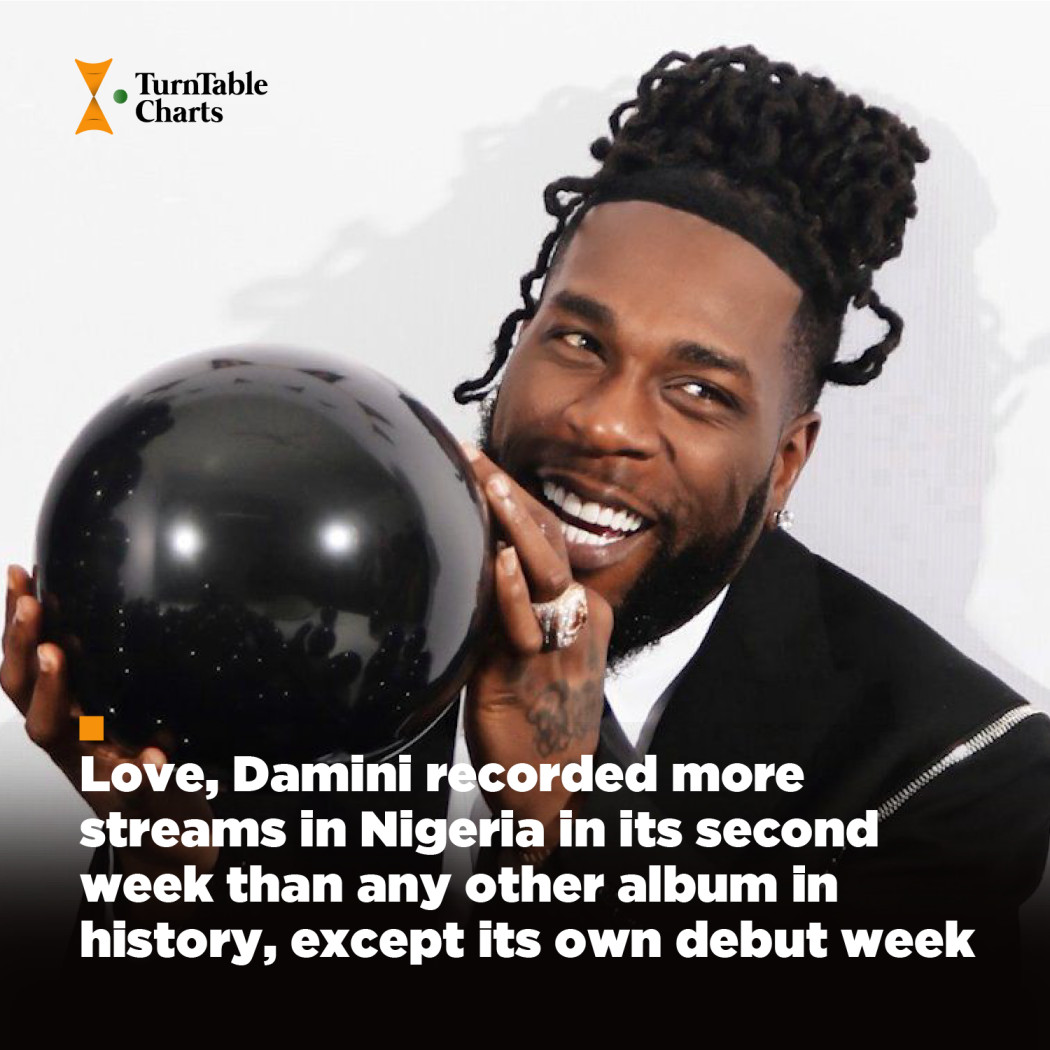 Love, Damini Recorded More Streams in its Second Week than any Other Album in History, Except its Own Debut Week

Love, Damini recorded more streams in its second week than any other album in history, except its own debut week

Burna Boy has set countless records with the release of Love, Damini – locally and internationally. The superstar’s sixth studio album has further cemented his status as Afrobeats leading artiste with record numbers in different parts of the world and it looks like there is no stopping the juggernaut that Love, Damini is.

In its second week of release, the album recorded more streams than any other project since TurnTable Charts began tracking in July 2020 – expect the first week of Love, Damini of course. The album had record second week numbers on all digital platforms (higher than any other album) as it continues to set itself apart.

It is important to note that one of the major reasons for the record numbers by the album is due to increasing subscribers across all streaming platforms in Nigeria. For example, Apple Music’s subscribers today in Nigeria have more than quadrupled since the launch of TurnTable Charts in July 2020. Songs on the first ever Boomplay Top 100 tracked by the publication in July 2020 had less than 40 million streams in total; the songs on the latest Top 100 (July 22 – 28) had over 104 million streams.

Nevertheless, the achievements of Love, Damini continue to be astounding. All the tracks from the album are still in this week’s Nigeria Top 100 – a feat that no other album has ever achieved on aggregated chart in Nigeria in its second week.