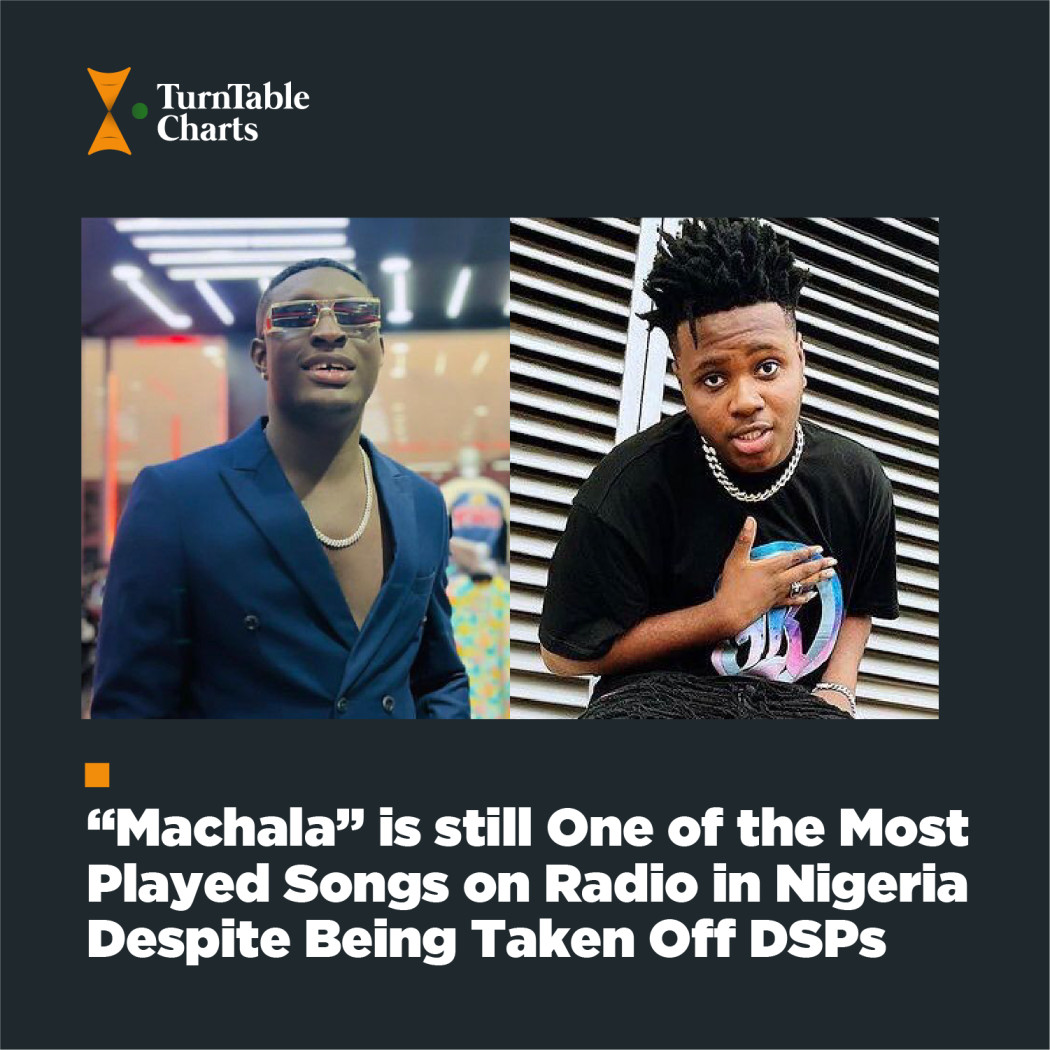 “Machala," the Wizkid-ode by comedian-artiste Carterefe & emerging artiste, Berri-Tiga became an overnight sensation, rising to the upper echelons of the chart in Nigeria – it peaked at No. 2 on the TurnTable Nigeria Top 100 and reached No. 1 on the streaming chart in Nigeria.

However, the song was removed from major DSPs on Thursday, September 1, 2022 for reasons yet to be made public (rumors that the song was taken down by Wizkid/his team/label are unfounded and untrue).

Despite the absence of the track on DSPs, “Machala” has remained on popular on the airwaves. In fact, the song is looking to finish in the top ten of the building radio chart (Friday September 2 – Thursday September 8), which would make up the tracking for next week’s radio chart.

This is not a new occurrence in Nigeria; songs unavailable on DSPs continue to receive airplay across the country – a good example is Asa’s “IDG” with Wizkid, which was taken down from streaming platforms after producer Tempoe, obtained an injunction to desist from further use of the song. “IDG” is No. 122 on radio.

“Machala” will continue to appear on music charts published by TurnTable Charts and its airplay points will make it eligible for the aggregated Nigeria Top 100. The song is currently No. 6 on this week’s Top 100 – its lowest position so far on the chart.