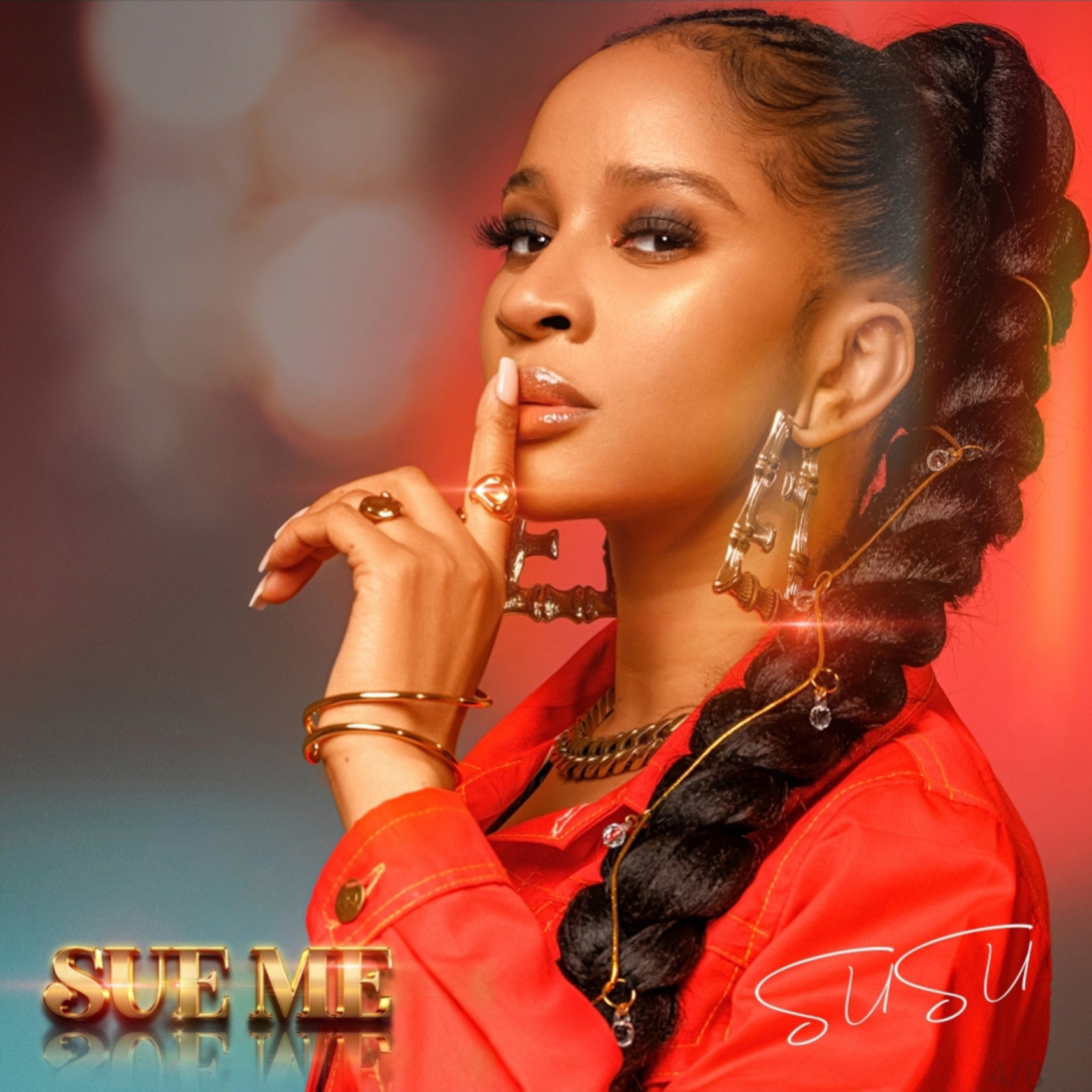 Susu invites the listener to her world filled with love and happiness.

She starts off the EP, by detailing her diversity in a phone-recorded conversation with her husband. She transitions to dodge a bullet a reflective love-gone-wrong, a mix of triumph and smirking humor song that will align with women wronged by their men.

Hold You Down is a reassuring love that has Susu staying by her partner till the end of time. When Susu sings you can hear the happiness in her vocals on Too Much.

The focus track Champ song is a love letter to her baby which features a duet with Banky W "As long as sun still dey for sky, As long as moon still dey shine for night, As long as i still dey alive, i'll be there for you".

She closes the EP with So Natural her debut record. Sue Me EP by Susu is now available for streaming, listen here.

Adesua Etomi-Wellington is no stranger to fans of Nigerian entertainment. The versatile actor has had a glittering 9-year career at the top of the Nollywood industry. She remains one of the most in-demand and accomplished talents of all time in Africa’s movie-making business, having starred in many of the most successful films in the continent’s history. Not one to ever rest on her oars, she’s back in the headlines, this time unveiling a completely different but just-as-exciting-and-impressive array of talents. “Susu” as she’s fondly called has just released her stellar debut musical project aptly titled Sue Me. Although she is considered by many to be a veteran actor, she’s still a new artist; and this impressive body of work is her fantastic first step into the world of music