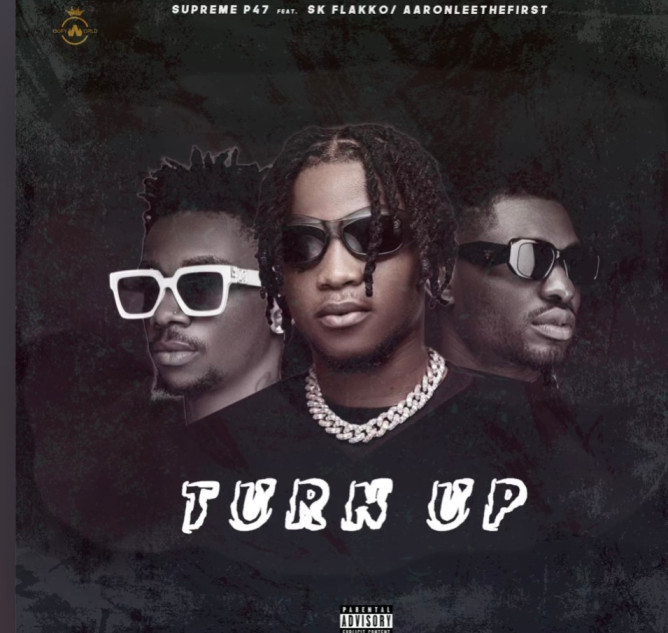 An Abia Stata native, born and raised in Port-Harcourt & currently residing in Lagos, SupremeP47's is a fast-rising singer with a unique lyrical tone and a musical style that is largely indicative of his different roots. He began creating music as a means of escaping reality and suppressing the ills of life. Music allowed him to create beautiful fantasies in his mind, exploring a concept of wellness not just for himself but for his listeners.

One of those fantasies is lived out in his new banging record titled "Turn Up," which asks listeners to live a larger-than-life for a while - again as a sort of escapism - and a form of aspiration of a better lifestyle.

SupremeP47 enlists two emerging artistes as supporting cast in this new single;  AaronLeeTheFirst & Sk Flakko and together, they deliver a tune that will become an instant addition to the Detty December playlists.

You can connect more with Supremep47's fun personality here;