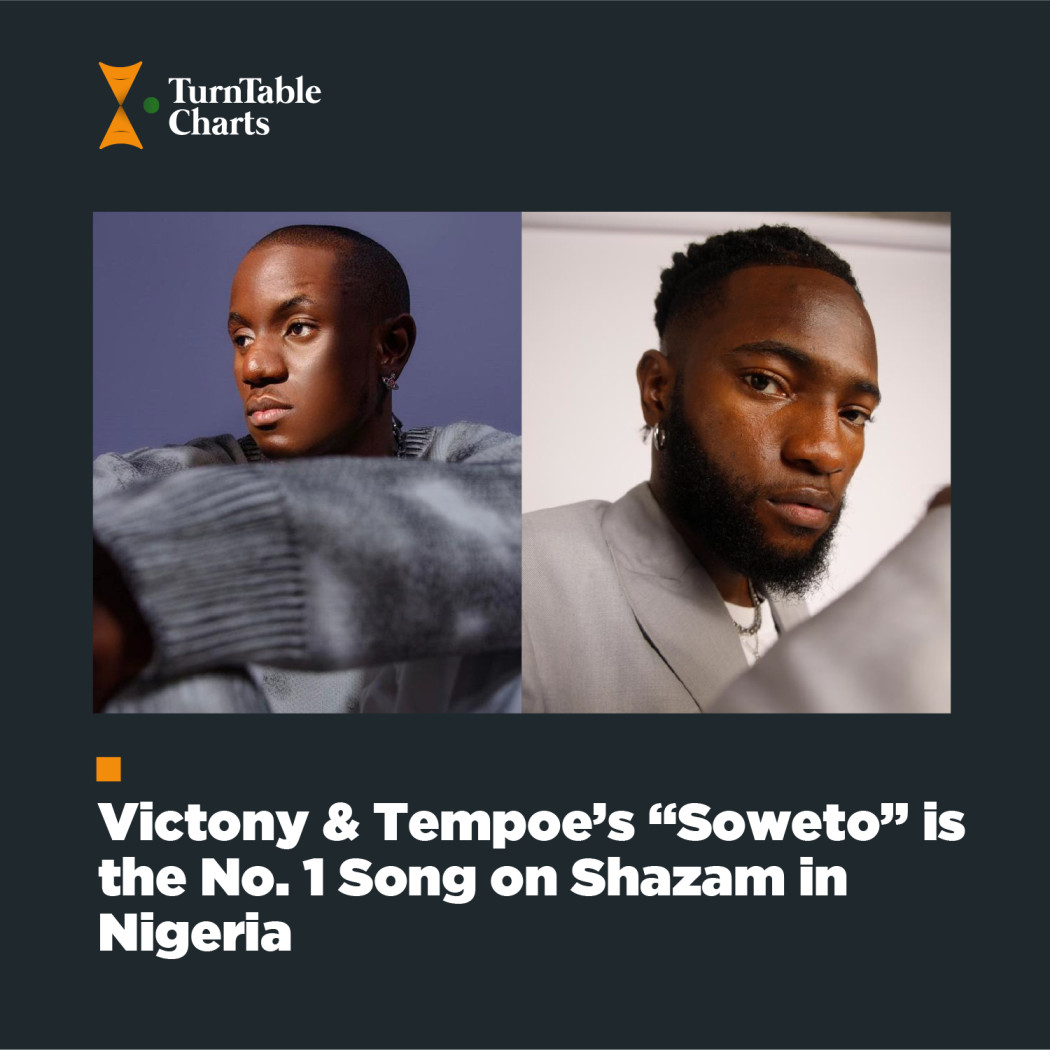 Victony & Tempoe’s “Soweto” is No. 1 on Shazam in Nigeria This Week

"Soweto" is the most-shazamed song in Nigeria

The track rose to No. 1 on the Nigerian Shazam chart a few days ago and is looking to end the week as the most-searched song in the country. “Soweto” is also No. 1 on the Shazam chart of major cities such as Asaba, Awka, Benin City, Calabar, Ilorin, Lagos, Jos, Ogurugu, Onitsha, Owerri, Port Harcourt, Suleja and Warri – topping 13 of the seventeen city-based charts available in Nigeria.

On the Global Shazam Chart, the track is currently No. 65 which marks its highest peak on the app (it debuted at No. 99 on Tuesday, rose to No. 79 on Wednesday).

“Soweto” is off Victony’s 2022 EP, Outlaw. The song is rising on streaming platforms in Nigeria; it was No. 18 on Apple Music on Wednesday, No. 23 on Boomplay and No. 35 on Spotify on same day.

“Soweto” is Tempoe’s first entry as a credited artiste – and the 2021 No. 1 Producer becomes only the second individual to reach No. 1 on the Shazam chart as both a producer and artiste, joining Pheelz.