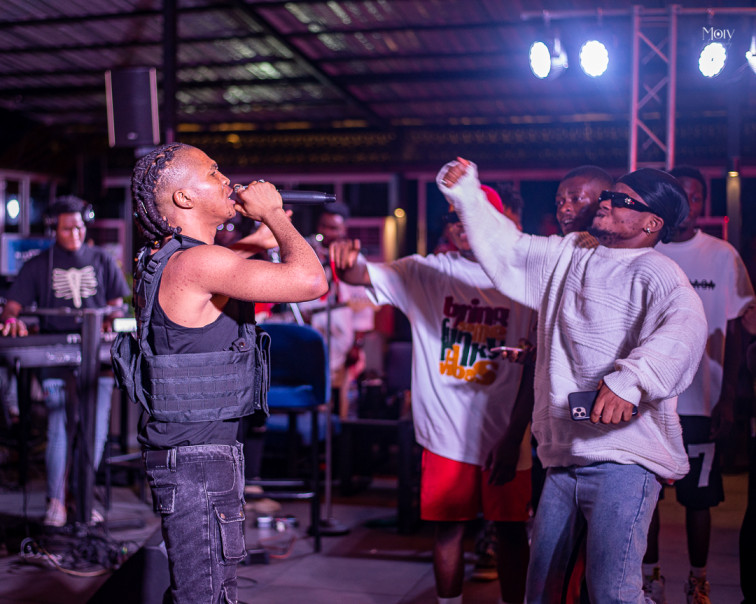 Lovers of good music came out in their number to listen to music from budding artiste at the maiden edition of The Showcase Live event. The event featured performances from 17 artiste including vocalists Jomanie, Manuel Muzic, Angelika Belle, Cill, Ntwyn, Eljay, Amakarh, and Beekay, rap artistes like Jordanstyls, 5th and a breathtaking freestyle from rapper Zez. Other artistes' amazing performances were from Brown Joel, 4tunne, Josephyne, Sony Kay, Olistar and Yung Ace.

“We designed the platform to build an ecosystem for the music industry” according to the Founder, Mr. Eshio Joseph. He spoke on how The Showcase Live event has plans to keep rewarding talents with not only the platform but paying them with the total sales from profit on the ticket. This makes it the first of its kind initiative anywhere in the world. They have consistently told their stories through their songs and have built a fan base for themselves.

With the structure of the event, the organizers have been able to pay up to ONE MILLION Naira to different artists in different ways, including ticket sales.

Explaining how they feel about the initiative, some of them had shared that “The event was everything plus more from the rehearsal sessions to D-day. The crowd was very active and engaging through every performance. I was more than startled when I received the payment from my ticket sales. I don't know if this has been done anywhere else. The Showcase is an applaudable initiative that certainly would go the distance,” Rapper 5TH,

“It felt really good, because I had 617 Naira in my account and I was owing at last I had something to pay them back and have small change,” - ELJAY

“The show was an amazing innovation. First of its kind, I must say. It’s obvious Mr. Esho and his team wanted artist to benefit 100percent and grow independently showcasing their God given gifts and that is beautiful and rare. When I received my money, I was happy

Felt good and I am grateful to the fans who got the tickets and also the team who put together this amazing event. Thank you”. - Singer JOMANIE

“First off, the showcase is a brilliant initiative. I salute the organizers for the vision. There was absolutely no fuss over the payment, and the process was very transparent. That is also commendable. For me, the feeling was ecstatic. As a first time live performer, it’s something that will stay with me for life. I was chatting with Mr. Esho and I said something to him “he made history” and that it is simply what it is!” -NTWYN

Fans were not left out of this experience as the positive sentiment for the event was off the chart. The Showcase project has a goal to reward younger artiste across the world in billions for pay out from event ticket and also connect them with investors to promote their projects.